Stonehenge: Ferns take over the line 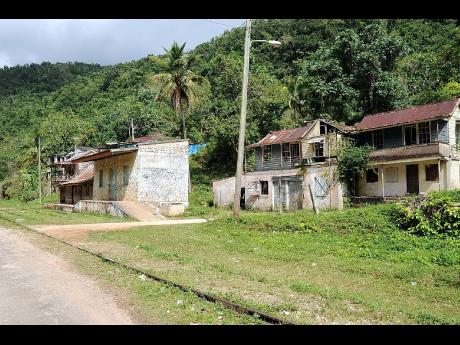 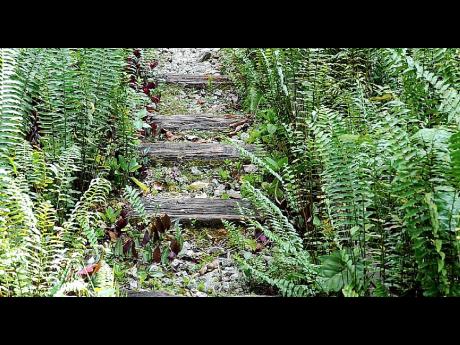 LESS THAN two hundred metres from the old train station, heading into the village of Stonehenge, St Elizabeth, the train line emerges from a covering of beautiful ferns, some of which are almost two metres (six feet) tall.

There is a narrow but well-used pathway between the plants, showing the wooden ties, even as the steel rails are hidden by the vegetation.

Just before the standard dual rail set-up for a stop, there is a wooden building, which appears to be a woodwork shop, fewer than five feet from the rails.

A scorched rim with metal over it is between the rails and seems to be used for cooking. There is another sign of domestic activity on the line - three plastic basins of varying sizes turned down side by side.

There is no visible activity around the station, although inside a radio is on and blasting retromusic courtesy of ZIP FM, Pinchers singing of enemies on the borderline.

The Jamaica Railway Corporation's noticeboard is still being used, as Price and Sons Funeral Service advertises its services.

There is a another announcement on a door: "Speaker repair done here and speakers for sale."

Padlocked doors indicate that someone has a strong interest in keeping the Stonehenge station secure. A contained pumpkin patch to one side is about the only productive use being made of the grounds.

Significantly, a part of the station is made from cut stone, while all the other old train stations
The Sunday Gleaner
has seen so far are wooden structures.

The train line does not stay long in Stonehenge. It runs alongside the road for a few metres then veers abruptly away on its way to Appleton, St Elizabeth, separating itself from the community as abruptly as the railway service itself was severed from Jamaica.