It's the big 6-O for Nancy McLean 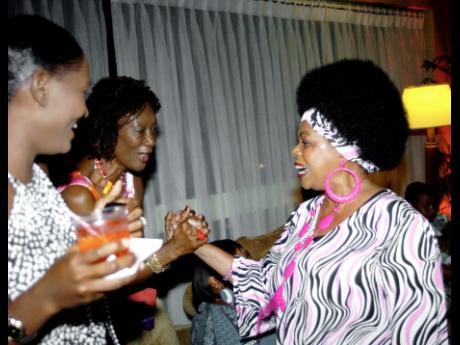 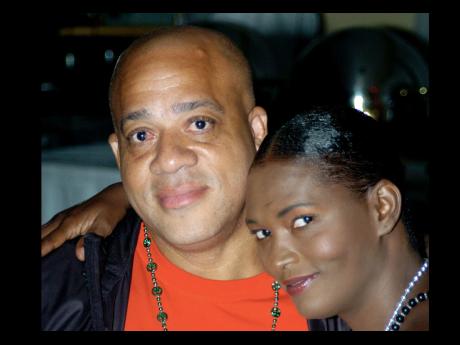 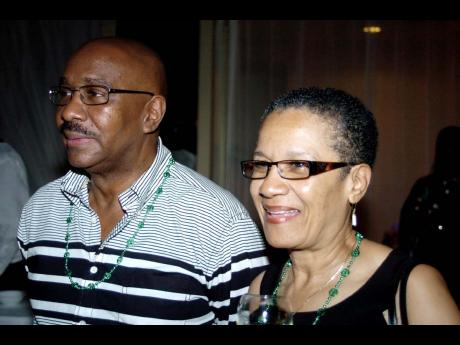 Barry Moncrieffe and Fae Ellington are focused on something interesting. 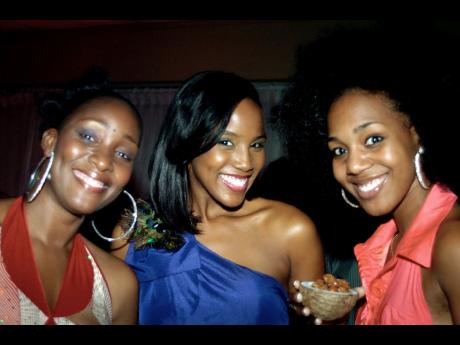 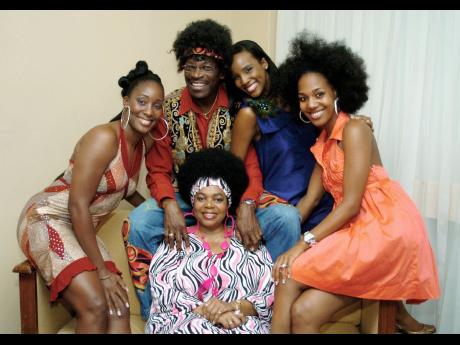 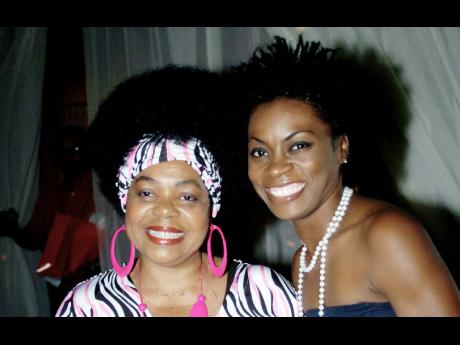 For some, the name Nancy McLean is a household one, conjuring images of state banquets and such formal outings, occasioning the deployment of her expertise as one of the city's foremost food and banqueting experts.

But in other circles, particularly the creative and artistic, the name is synonymous with images of larger-than-life costumes, stage sets, plus festival and carnival celebrations, as McLean, who was trained in Germany in the hospitality and hotel management industry, is also an award-winning costume and set designer, her work setting her apart over the years as one of the island's best.

For the last 23 years, she has taken a break from designing to concentrate her energies on being the hotel manager of Corporate Area landmark, The Jamaica Pegasus hotel, Knutsford Boulevard, beginning as the hotel's banqueting manager, then as the food and beverage manager, and then as resident manager, to her current post.

In her years at the hotel, McLean has distinguished herself, earning national recognition with the Order of Distinction in 2005 for her service to the hospitality industry. Both officially and unofficially, she has donned the hats of mentor, guidance counsellor, philanthropist and friend, remaining a paragon of grace and humility in the execution of her duties! Little wonder then that McLean is not only greatly admired but is also regarded as a true and dear friend by those to whom she has extended the warmth of her character.

On Saturday, February 27, McLean surprised friends and well-wishers by celebrating what she acknowledged was her 60th birthday. The surprise here was that McLean seems like she hasn't aged one day since she burst on the public stage over three decades ago. To celebrate, the charming birthday girl chose the theme of the '60s, a time of flower power, peace movement, social activism, brotherly and sisterly love. It was a time when there was seemingly more care and people were not afraid of being their brother's keepers. Loving one's neighbours was as natural as loving one's own and self-actualisation did not mean at the expense of destroying others.

And so it was with the Talk-of-The-Town, the 17th-floor restaurant of the hotel transformed into a fine lounge, reflecting a '60s-styled nightclub, complete with music and cabaret accommodation, it was now left up to the guests to make the theme a reality!

And for the most part they did, as there was glitter and high glam, and the funkadelic fashion of the era was definitely
en vogue
. And where guests were negligent in observing the protocol, psychedelic necklaces were provided to enhance the '60s modus, and just in case anyone missed it, when the birthday girl made her grand entrance to the packed area, completely decked out in high Afro, dashiki top and bell bottoms (
à la
'60s personality Angela Davies), and styled by the stylist/costume designer/ entertainer, Weston Haughton, (wore a Jimi Hendrix ensemble), that was simply too fab for words!

The pace and mode were hers to set, and that she did in true laid-back Nancy McLean style, as Leslie Sherman and her Musical Credits Disco had guests snapping along in a '60s musical groove as she led with the hits and all-time favourites of the era. But it was Errol Lee and his Bare Essentials Band who brought the house to its collective dancing feet, after the ceremony which saw prayers being said and a minute's silence being observed in memory of the victims of the Chilean earthquake; and the opening of presents and serenading of the birthday girl.

Talk about memorable! Nothing compared to the absolutely show-stopping performance by the undeniably talented Noreen Greenwood, whose oh-so-touching and operatic delivery of the well-known gospel favourite,
How Great Thou Art
, not only caused goose pimples, but brought the house to its feet in raw admiration! It was fabulous to the core, with Onaje Bell doing his acclaimed Michael Jackson impersonation; the group To-Isis serenading and wooing; and Cameal Davis of Rising Stars fame working the house.

Amid the tears and cheers, toasts and cake cutting, the culinary find of the evening was the absolutely delicious honey-roasted pig's tail and Japanese-style fried rice served on a base of coconut in a half shell and topped with teriyaki chicken. It was to die for, and some pretty much nearly did!

; nephews
Jomo
and
Phillip McLean
. Also out were
beauties and former Miss Jamaica Worlds
Terri-Karelle Griffith Reid
and
Sara Lawrence
;
Christopher Wilson
and wife
Nadine Willis
;
plus a number of others.