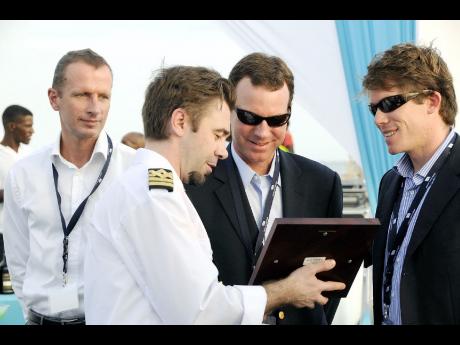 Captain of the Hoegh Caribia, Kucheyko Stanislav (second left), shows off the plaque he received, commemorating the maiden voyage, to (from left) Andrew Hoitsema of Automar Trading; W. Foster Darling and William Thompson, both of Fram Shipping. 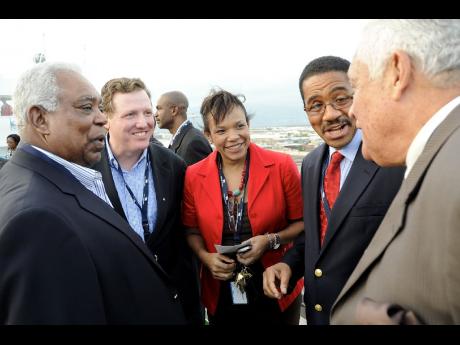 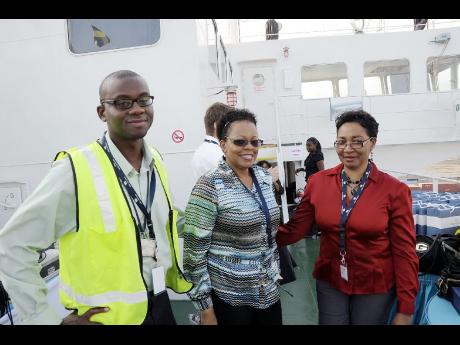 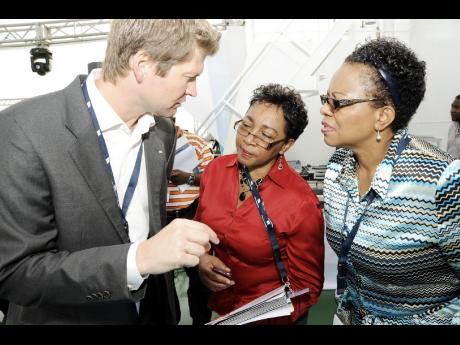 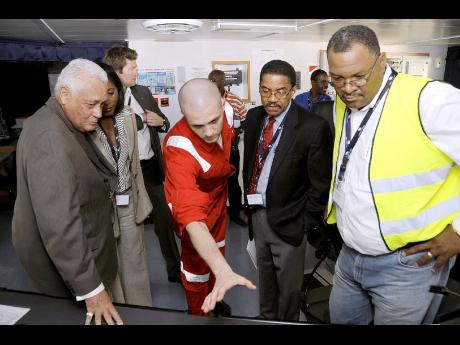 Not that activity on the wharves of Kingston is a rarity, but even the casual observer would realise something special was going down on Friday, February 26.

That 'something' was a cocktail party to celebrate the maiden voyage of
Hoegh Caribia
, a two-month-old, state-of-the-art vessel from the Hoegh Autoliners fleet of car-carrying ships. The beauty was docked at Kingston Wharves, Newport West, and had arrived straight from a Japanese shipyard, carrying about 2,000 cars for Jamaica and the Caribbean nations. By the way, this ship is a baby compared to others in Hoegh's line-up, some able to carry about 7,000 vehicles!

But the celebration was really threefold. The maiden voyage? Check! But it was also to cheer the relocation of Hoegh's regional trans-shipment hub from San Juan, Puerto Rico, to Kingston and a chance to celebrate with valued customers. With those motives in mind, break out the bubbly, please! Guests from the port/shipping and used-car communities, as well as the media, got to meet the crew (all Ukrainian) and tour sections of the ship. The tour culminated with guests going to the party deck for refreshments.

Floyd Ffolkes gave the group much of his soothing reggae/blues classics before the 'official' stuff. If guests left with nothing else from the speeches, it would be with a hope that there would more jobs for Jamaicans through the added punch of Hoegh's business.

With the cool winds and friendly crew (some of whom had already caught on to the Patois), the only thing that could have made it better was actually taking off for the open sea.