New shepherd for the flock 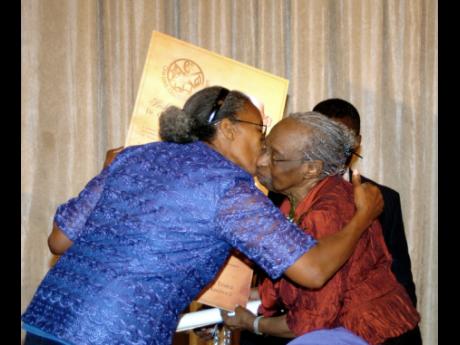 Bishop Carmen Stewart (right) gets a 'chuups' from Lucille Watts, who presented her with a citation. - photos by Winston Sill/Freelance Photographer 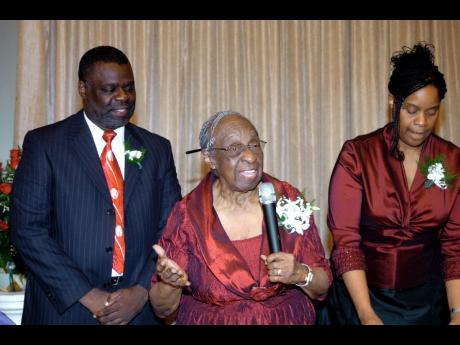 Bishop Carmen Stewart (centre) gives a hearty thank you for the dinner in her honour. Flanking her are son Stephen and daughter Carolyn. 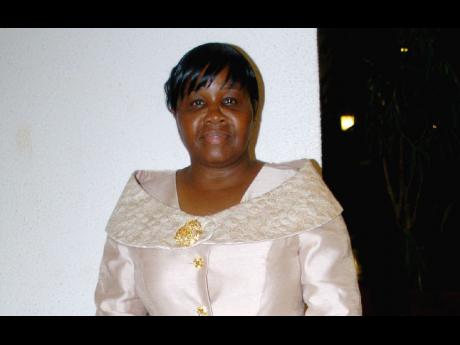 The flock of the Pentecostal Gospel Temple (PGT) will have a new shepherds as long-time pastor Bishop Carmen Stewart has retired.

Members and friends of the Windward Road-based church hosted a dinner in Stewart's honour at The Jamaica Pegasus hotel on Saturday, February 27. The event was more of a family reunion and church service, as they gave God thanks for an "outstanding woman of God".

Every item on the programme reflected aspects of Stewart's little joys in life. For example, Nadje Leslie's performance of
Joyful Joyful
toasted the bishop's love of the violin, and a dramatic presentation of Romans 12 depicted one of Stewart's favourite chapters.

Stewart has been succeeded as pastor by Elder Robert Aleston Stewart but she will remain as bishop for the PGT family of churches. More than once he was reminded that he had big shoes to fill. The country's leaders sent representatives to laud Stewart on their behalf. The tributes, as you would expect, were many. They covered every area of Stewart's life, from her work in health education; as custos of St Andrew; as head of the PGT for 43 years; as well as the foreign missions of the church (from which there was a fine turnout).

tribute from her children

The most touching tribute came from her children, represented by Minister Dr Carolyn Stewart and Minister Stephen Stewart, who both called her a praying woman, and credited her prayers for bringing them through. Carolyn held back tears as she vowed to live her life as her mother has.

In her reply, Bishop Stewart prayed for love to cover the entire gathering; typical of the great leader to think of others even at an event meant to honour her. She humbly thanked everyone who helped plan the event, all the while thanking God, whom she said had been so good to her.