Perry and his band playing the right strokes 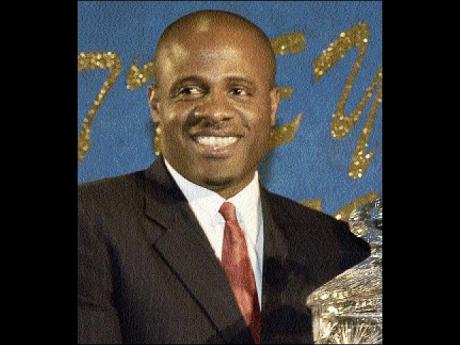 It was two years ago that former West Indies off-spinner Nehemiah Perry was appointed chairman of selectors for Jamaica's senior cricket team.

Since then, he, along with members of his selection committee, Ephraim McLeod, Ruddy Williams and coach, Junior Bennett, have enjoyed two years of success, with Jamaica winning the regional WICB Four-day Championship title twice, and in the process, completing a hat-trick of wins.

The Calabar High old boy, who played four Tests and 21 one-day internationals between 1999 and 2000 - and is probably best remembered for his 5-70 which led West Indies to an astonishing 10-wicket Test match victory over Australia, on debut in Jamaica in March 1999 - has also made his mark regionally.

But what has his experience been like since accepting the invitation to serve Jamaica and West Indies' cricket? Are there any regrets? What about challenges?

One-on-One
caught up with the Guardian Life insurance executive, who explains it all.

QUESTION: Did you ever see yourself becoming a national selector?

NEHEMIAH PERRY:
I always saw myself, after playing the game, giving back something. If not a selector, it could have been manager, or the coach of a team or whatever - anything to help the development of cricket in Jamaica and by extension, the region. It's not a paid job, its about giving back and finding talent. It's about the love for the game.

Q: How does one become a national selector?

NP:
For one to become a national selector, he has to be nominated by the clubs of the Jamaica Cricket Association. After being nominated, that individual is then put up to the board for evaluation, and if the board sees you fit, they will appoint you. Selectors are reviewed every two years, and if they are not performing, others are put up for the post. It's like an election.

NP:
We have a fantastic set of players, who show day in and day out that they want to win, and are generally prepared to put in the work. We had a hiccup towards the latter part of the season, but we showed that we really wanted to win three years in a row. It's a phenomenal achievement and I look forward to us growing from strength to strength, and getting better and better.

Q:
How would you describe your experience thus far?

NP:
The journey has been good. What I have learnt is that as a selector, you tend to get a lot of questions when the team loses, but when the team wins, your phone does not ring. But that's fine, I can live with that. I find the hardest part of being a selector is to watch most if not all the games. But I try to watch all, even schoolboy matches.

Q: How difficult is the job of a national selector?

NP:
It has had its challenges, but at the end of the day, you have to call it as you see it. If you believe that a man can do a job, and you consult with other selectors and they approve, you just have to hope that that player will go out there and prove his worth.

Q: What happens when a player is selected and does not perform?

NP:
If a player fails, you just have to work with them and develop them. It is we who are close to the players and know what they are capable of doing. A lot of people don't go to games, watch training or anything, but choose to stay away and criticise. But that's how things are.

Q:
What are your plans going forward?

NP:
I am also an associate selector for the West Indies Under-19, so as long as I can manage it and both associations see it fit to allow me to continue, I am willing. I am trying my best to find good players who can make the transition to international level.

Q: What are your most memorable moments thus far?

NP:
Winning matches and competitions. Nothing is more pleasing that when you pick a team, they play quality cricket, and win. It's the most pleasant feeling to take home a trophy, and knowing that your team has won two from two.

Q:
How would you describe the state of Jamaica's senior cricket?

NP:
Jamaica's cricket is more organised than other territories, with Trinidad and Tobago a very close second. Barbados are, however, creeping up. It's getting more developed and competitive, but I still don't see Jamaica's cricket where I would like it to be. There are some loose ends to tie up. The aim is to produce West Indies cricketers who can last 100 to 150 Test matches, not play two or three.

Q:
You have made quite a few changes to selection criteria, why?

NP:
You have to follow the rules of the programme. When the technical director and cricket operations put down a plan, we want you to follow instructions. People usually take it for a joke and do their own thing. But this is not good for a team. That's too individual. Discipline will always be at the forefront of my selection plans. If you don't follow the rules, there will be consequences.

Q: What have been the players' reactions to your style and approach?

NP:
People are uncomfortable when you are disciplined. But it's in the best interests of the individual, as well as the team. What we are trying to do is establish best practices, which can ensure that we remain consistently at the top.

Q: What is your relationship with the other members of the committee?

NP:
We don't put ourselves under any pressure. We have a lot of respect for each other. We at times disagree, but it's always in the best interests of Jamaica's cricket. We continually try to select the best team that will do Jamaica proud.

Q: What are your plans going forward?

NP:
The philosophy will always be the same: practise with intensity and purpose, work on weaknesses, and have respect and discipline. It's the way forward. There's no other way. As selectors, we have set goals that we would love to see a minimum of five players going on to represent West Indies in Test matches over the next two years.