Doctor speaks on being thin 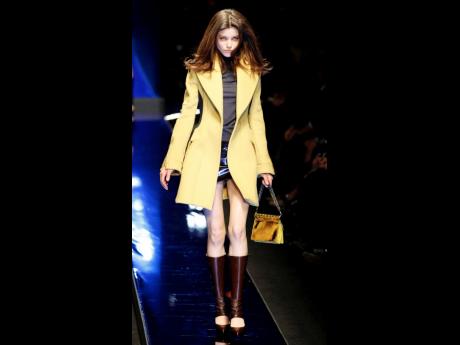 A super-thin model on the runway.

When talking about models and their weight, the body mass index (BMI) can surface during the discussion.

The BMI is a calculation used by researchers and physicians to estimate the ratio of your body weight to your height, estimating how overweight or underweight you are and, therefore, the fat load on your body. Based on the BMI chart, a woman who is 5' 8'' (widely considered the benchmark for models), should weigh about 125 pounds, at a body fat percentage of about 19. These numbers are considered 'normal'. But it's not an exact measurement.

"You always have to take into account the individual's body type," said Dr Audley Betton. He pointed out that some people are naturally stocky and so their body fat percentage would be higher, but it doesn't mean they are overweight. By the same reasoning, someone who is naturally thin may be below what the chart says.

"People ask me all the time, 'How much should I weigh?' I tell them it's relative," he said.
Flair
posed the scenario of a 5' 10'' tall model who weighs about 110 pounds. Dr Betton and the BMI agree she would be underweight! She might look good on the runway, but inside, is she unhealthy?

Dr Betton admitted that once you are underweight, you are somewhat unhealthy but reiterated that being skinny doesn't automatically mean you're 'sick'. He also explained that some people simply have a higher turnover in breaking down the fat in their bodies so the fat doesn't build up. That thin person would, by the BMI numbers, be considered underweight but may have no health issues. He also reminded
Flair
that one's activity level also helped determine how quickly the body breaks down fat. He gave the example of United States swimmer Michael Phelps who, because of his activity in the pool, eats heavily but is quite healthy, whereas "if I consume his calorie intake, it would make me put on 20 pounds."

He advocated a balanced diet (regardless of your size), rich in nutrients (vegetables and fruits), especially for teenagers and young adults.

"The problem is young people don't eat. If the food item doesn't have a straw, they don't want it," he said. "The body needs about 2,500 calories a day, and that's without you doing anything," he said. He opined that the young women who are trying to 'get thin' are at risk of bad health because they are not getting enough calories and nutrients .