The 1943 lightning tragedy - a survivor's reflection 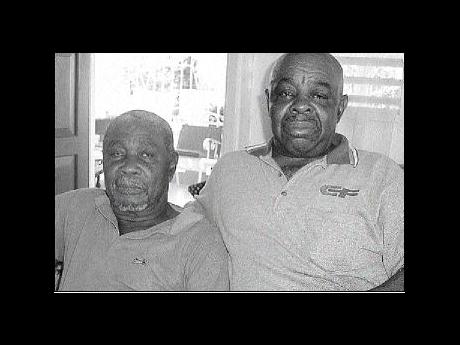 John 'Roy' Burns (right) survived a fire that engulfed his classroom after lightning struck Vaughansfield Elementary School in St James, on August 25, 1943. At left is his lifelong friend, Basil Reid, who rescued him from drowning, in a separate incident. - Paul Williams photo 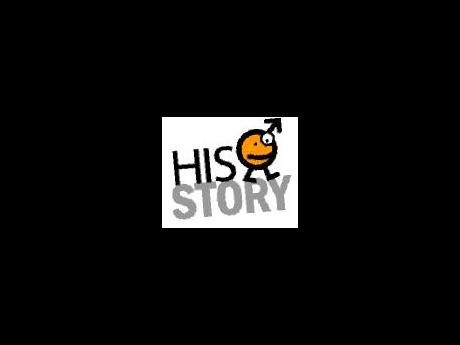 August 25, 1943 started out as a regular day at Vaughan-sfield Elementary School in Flamstead, St James. John 'Roy' Burns and his friends played and frolicked during the lunch break, but after the joy came the sorrow, unspeakable grief, if you will.

Now back in class, in the old church hall-turned-school, it was again time for the whole business of learning for the 182 children. As soon as they were settled, the weather changed dramatically. Massive clouds gathered, casting a pall over the area. Thunder, accompanied by flashes of lightning, clapped deafeningly. It was a charged and spooky atmosphere. Then the rain came in torrents.

"Suddenly, there was a huge crash, and the classroom went completely dark. There was a rush of panic and within the darkness there were shouts and screams. It all happened so quickly; it was terrifying," Burns says.

Apparently, a bolt of lightning had struck the building that the younger students had occupied.

"I must first say I was in a state of shock ... until today, I am totally convinced that I was led out of that building by an invisible hand, because when I came to myself, outside, I had no knowledge of how I got out ... . I was dazed and numb, walking down towards the main church building, where the older children were housed, looking back as I go.

"With smoke coming from the building behind me, and the rain pouring down, as I reached the main building, everyone began to ask me what had happened, and I could not give an answer since I did not have one. I just kept looking back in total shock and bewilderment," Burns relates.

The board structure was now an inferno in the heavy rain. The headmaster, Stanley Scott, on seeing the extreme danger that his students were in, went into the furnace and rescued all who were still inside. When he took out the last limp body, that of a boy, the charred building came crashing down behind him.

It was like a "Judgement Day" scene of weeping and wailing, while some parents and relatives were thanking God for sparing the lives of their loved ones. One father actually 'cursed' God for killing his son.

"Such was the anger and confusion that were swirling around, which was quite understandable," Burns recalls.

Funeral day was no less intense. "I remember vividly, even after so many years ... One hymn that was sung, it can be found in the
Redemption Song Book
,
Number 674
, "Around the throne of God in Heaven, thousands of children stand, children whose sins are all forgiven ... '," he reminisces. Five of the boys were buried in the church cemetery, while the other two were interred in different family plots.

For the then nine-year-old Burns, it was to be an incident that would never leave his mind. "Witnessing death often serves as a painful but important reminder of the true value of life ... suddenly, and without warning, I learned that value on August 25, 1943. Memories often fade with time but, 66 years later, this memory remains vivid with every detail intact," he says.

Cognisant of the fact that he will not live forever to preserve the memory of his friends, in 2008, Burns, who now resides in the United Kingdom, tracked down some of the survivors, and together they organised a memorial celebration. With Hazel Scott, their former principal's widow, their son Stanley, and two grandsons in attendance, they placed a memorial plaque at the site of the tragedy.

A new school was built on the same property and it was opened in 1945. Now, 65 years later, it is falling into disrepair.

For his acts of heroism, Headmaster Scott was hailed a local hero, and received a citation from Buckingham Palace for bravery. He went on to become Jamaica's first independent member of Parliament.

Burns, who was also rescued from drowning at the said school, wants to take the memorial efforts a step farther. His intention is to get in touch with as many more survivors as possible, for them to document their experiences in the form of a book. This compilation may just be a catharsis of sort, before he himself is laid to rest.

"I reflect every day about my seven friends that died in that lightning disaster ... I ask God every day why I was able to walk out of that burning building, without even a hair of my head being singed, while my seven friends did not get a chance; also the many others who suffered severe burns. I am still waiting for an answer; I suppose I will understand why in that sweet by and by in the sky," he says, in retrospect.