Help your kids to improve their math 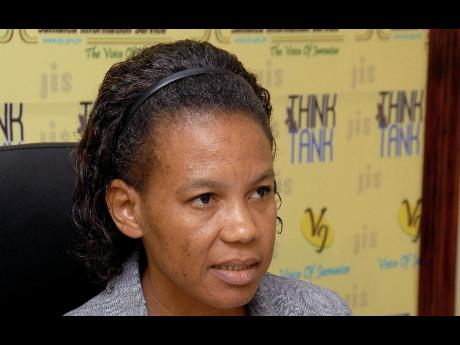 Children's performance in mathematics will improve significantly over time if parents play a more active role in their lives. That's according to Regional Mathematics Coordinator, Claudette Henry Harris, who believes that many opportunities to practise maths exist at home.

She told a recent JIS 'Think Tank': "The team (numeracy specialists) believe that parents may assist us in helping the children to see mathematics as more of an enjoyable subject, and more of a way of life, rather than fearing it as they do."

Games in the homes, such as dominoes and cards, can help to teach maths, she added.

"We try to help parents see that, while enjoying the games, they can help the children to develop mathematical skills. We also try to help them to recognise how they may use these games to stimulate their children's interest in mathematics. There are also team members (numeracy specialists) who have actually gone through content sessions with parents, because we recognise that a number of parents do not know mathematics themselves and so specialists have actually taken them through sessions, where they teach the concepts to the parents, so they are able to help their children at home," Henry Harris said.

She called for a partnership between the school and the home saying, "If parents really work with the teachers, then we should see marked improvements in our children's numeracy skills. It doesn't mean that at the onset, they are going to move from a 50 per cent to a 90 per cent, what it means is that you have them on the right track.

"As they become numerate and are able to use math as the tool that it really is, then no doubt their performance in the subject will also improve, incrementally in some instances, but we can look forward to improvements."

Some 57 numeracy specialists are working in 327 of the most critically mathematics performing primary schools islandwide.