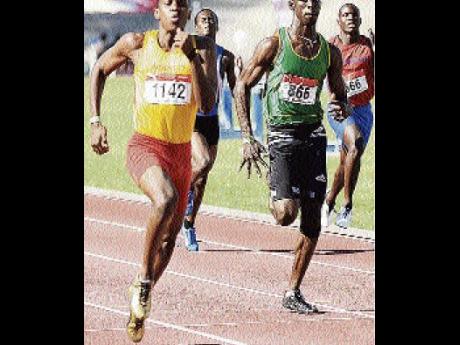 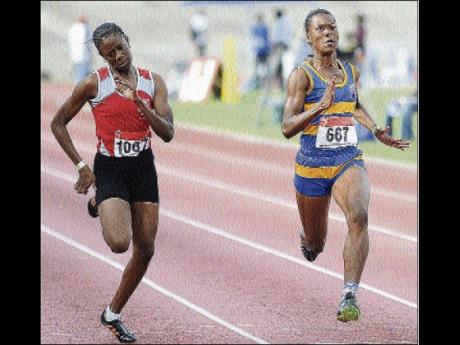 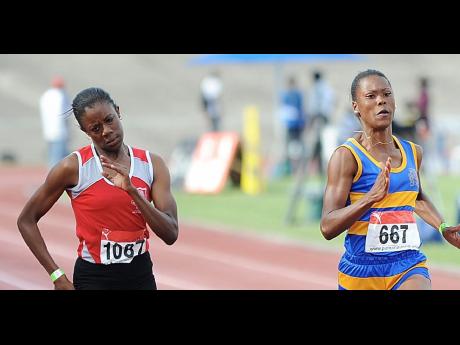 Glengoffe High's Natasha Morrison (right) and The Queen's School's Danielle Williams battle out the finish in the girls' Under-20 100-m final, at the Carifta Trials at the National Stadium, yesterday. Morrison won in 11.47 seconds, while Williams ended second in 11.52. -Ian Allen/Photographer
1
2
3

On Saturday, St Elizabeth Technical's Roshelle Farquharson was also a double winner with victories in Under-20 girls' triple and long jumps. A best of 13.01m gave her top spot in the triple jump ahead of Vere Technical's Shanieka Thomas, 12.13m and Tanya Bryan of St Jago High, 12.07m.

In the long jump competition, Farquharson did 6.15m for first, as Janieve Russell of Holmwood Technical was second with 6.00m and Nickeva Wilson of Camperdown, third, with a best of 5.89m.

Calabar High athletes continued their domination of the senior boys' throwing events as Ashinia Miller, 17.46m, led a sweep of the top three places in the Under-20 shotput for the Red Hills Road-based school. Chad Wright, who was second in the discus on Saturday, was also the runner-up yesterday with 16.85m, while national junior record holder for the discus, Traves Smikle, placed third with 16.10m.