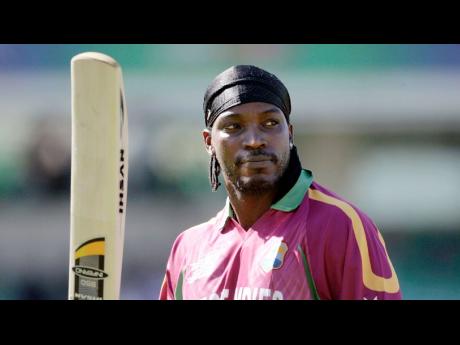 West Indies captain Chris Gayle expressed relief Saturday after steering his side to the four-wicket victory over Zimbabwe, that snapped a woeful winless streak that had stretched to 15 games.

Gayle staged a responsible and restrained batting effort on a difficult pitch, gathering 88 runs off 111 balls that set the platform for victory in the second One Day International (ODI). In the end, the win was made secure by a superb unbeaten 65 from Narsingh Deonarine.

"It's a relief. Hopefull, this is the first of many to come," Gayle said.

The result gave West Indies their first international win since a depleted side prevailed over Bangla-desh in a Twenty20 International, last August, in St Kitts.

It also levelled the five-match series at 1-1 after Zimbabwe had humiliated the home side in the series opener on Thursday, defeating them by two runs.

"I must say, Zimbabwe played really well to push us so far, but I must commend the boys on coming back from the defeat," Gayle said.

The big left-hander struck seven fours and two sixes in his top score and had faced 111 balls when he fell 12 short of a 20th ODI hundred.

In a very positive approach, Deonarine hit six fours and one six in posting 65 not out from 85 balls, as West Indies - chasing 207 for victory from their allocation of 50 overs - reached their target with 13 balls to spare.

Gayle specifically praised Deonarine for his innings and declared him deserving of the Man of the Match honour.

Zimbabwe had scored 206 all out off 49.5 overs after left-arm spinner Nikita Miller picked up a career best four for 43 off nine overs, backed up by pacer Kemar Roach (3-37).

Zimbabwe's captain, Prosper Utseya, remains positive in carrying the fight to the West Indies for the rest of their Caribbean trip.

"We failed to get a partnership up front and we kept losing wickets at key moments. Two hundred and seven wasn't enough. If we got 220 or 230, we could have come closer," Utseya said.

"We were going nicely. It's just that we kept losing wickets. We just needed someone to bat through and we didn't have that. It was always going to be difficult."

He added: "Our bowling has been consistent, especially our spinners. We have been able to restrict the West Indies to under 250. If we carry on from there, we should be fine," Utseya said. "For us to win, we need to keep raising our game."

The two teams travelled to St Vincent yesterday and will prepare for the third match of the series at the Arnos Vale Sports Complex on Wednesday.