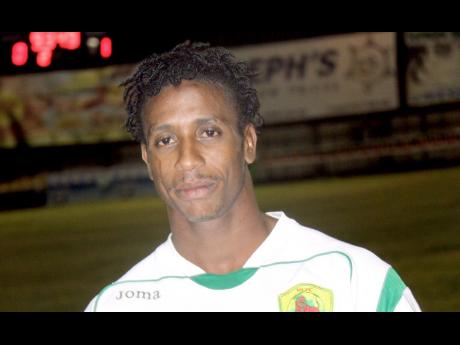 Two rounds ago, Humble Lion were struggling at 11th position on 28 points and in the relegation zone of the Digicel Premier League (DPL), barely ahead of Portmore United (27) in the 12-team standings.

Now with two consecutive victories - a 4-1 hammering of Rivoli United on Sunday, February 28, and a workman-like 1-0 away win against Waterhouse at Waterhouse Mini-Stadium on Sunday, they have moved to 34 points, jumping five places in eight days.

Humble Lion are just a point ahead of Rivoli United (33), which clipped Harbour View 3-2, and Arnett Gardens (33), which stopped Village United 1-0. Village are also on 33 points.

Waterhouse's miserable third round continued and they stayed third on 43 points, just a point above fourth-place St Georges (42), which drew 0-0 with fifth-place Boys' Town (40).

Humble Lion coach, Christopher Bender, believes that the sudden rise in fortune of his team is because of the players' renewed confidence.

"I thought we deserved to win, we had the better of play overall," he said of Sunday's match.

Regarding their improvements, he said: "More than anything else, the spirit of the team is very good and the confidence is good. Our main objective is to stay in the competition and hopefully, we can continue with the momentum and confidence we have right now."

With the game heading to a likely draw, Zico Herrera pounced on a loose ball and fired a scorcher from 35 yards out in the 74th minute, a shot which gave

'Firehouse' goalie, Richard McCullum, no chance as the ball lodged into the net.

It was Herrerra's fourth goal of the season and his second in as many matches.

Geoffrey Maxwell, the Waterhouse coach, said his team had the game to win but let it slip away.

"We paid the price, we got the chances and we didn't put them away. We played in patches, but we didn't control the game enough, and I think that's where we lost it."

Maxwell added: "I have not seen a better Premier League goal than the one I have seen tonight. It was an excellent shot, well executed. Our goalkeeper made a brilliant effort but just couldn't get there."