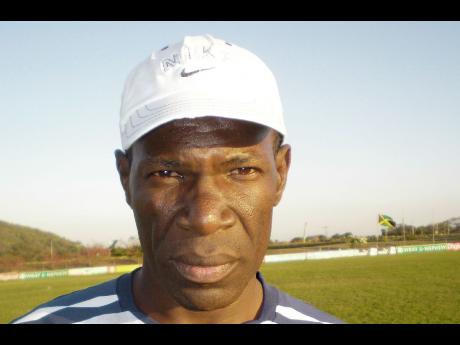 "Both teams were low on morale coming in this goal so the opening goal was always going to be crucial," said Vassell 'Tutu' Reynolds, the new man at the coaching helm at the Clarendon club.

That goal came via a counter-attack after Sporting, from the early exchanges, looked keen on impressing their new coach as well as shrugging off their wretched form, which has seen them earn only two points in seven matches this round.

Surrending home turf for the third time this round again seemed likely as the goal galvanised the vistors into a more competitive unit for the rest of the half.

On the other hand, the taunts from their dwindling fan base began and the heads hung low and with it attacking momentum.

Sporting would find better rhythm and ideas in the second half, but the familiar end play was characteristic of the goalscoring challenges facing both teams.

Levaughn Williams and Francois Swaby repeatedly got behind the Portmore defence, but Dwyane Kerr's imposing presence, as well as their failure to get shots on target, kept Portmore's lead safe.

Portmore's Recardo Webb found the crossbar after being sent clear on goalkeeper Andre Blake - an effort that surely would have killed off Sporting at 2-0 in the 76th minute.

The win, however, did come, and it pushed Portmore to 30 points, the same as Sporting, leaving both in the dreaded bottom three.

Better days may yet lie ahead under Reynolds, but the reactions of most of the fans and those along the touchlines seemed to suggest referee Oniel Clayton's final whistle may have added relief for another frustrating afternoon at Brancourt.