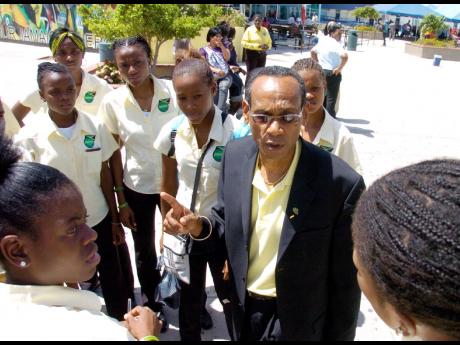 Despite his team's failure to win a match in a four-team friendly international tournament in Trinidad and Tobago last week, head coach of Jamaica's Under-17 women's team, Vin Blaine, hopes the young Reggae Girlz will capitalise on that experience and qualify for the World Cup.

Blaine, along with the members of his squad, left the island this morning for the CONCACAF final-round qualifiers, which will be held in Costa Rica.

The junior Reggae Girlz will open their account against Canada on March 11, then tackle Mexico two days later, before playing their final game against Panama on March 15.

"We will be playing against the same teams again and we understand that the sessions were good for them. We are going in there with a positive frame of mind and just hope for the best," Blaine said.

"We just have to be more confident and a lot more aggressive in our style of play. It now comes down to a matter of our organisation and I believe that if we can get this together, we should be able to be a real threat to these teams," he added.

The Jamaicans were beaten 4-1 by Canada, drew 0-0 with Trinidad and Tobago and lost 2-0 to Mexico to finish bottom of the table with one point in their recent friendly series.

"I think that we fared very well even though we drew with Trinidad and Tobago and lost the other two games. I think that the experience was good for them," said Blaine.

The Jamaicans have since boosted their squad with Canada-based Tisha Campbell-Henny, along with US-based Alika Keene and Adrianna Johnson, who are expected to form the team's core with captain Trudy Carter and Shantel Bailey.

"The addition of these players will certainly help to strengthen our bench because with a strong bench, we will be able to fit in other players at different times during a game," Blaine pointed out.

The FIFA Under-17 Women's World Cup will be held in Trinidad and Tobago from September 5-25.