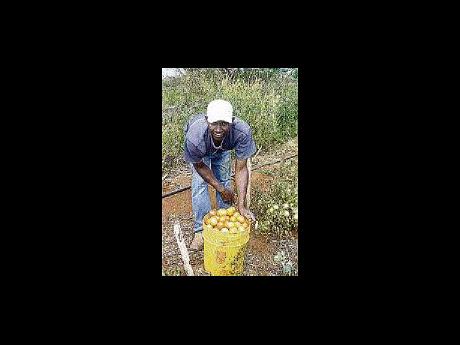 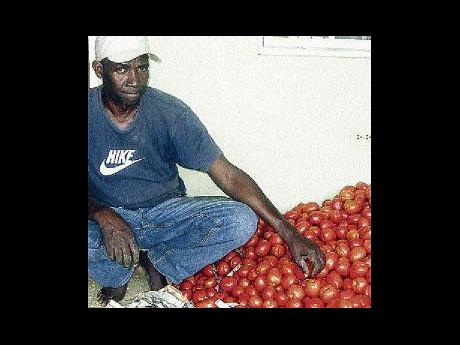 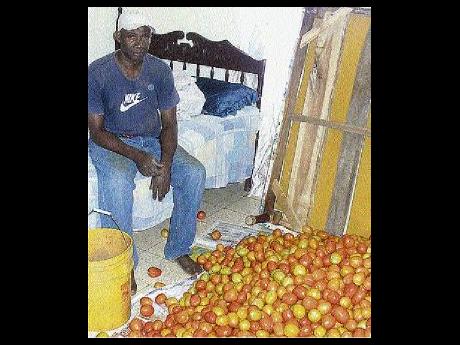 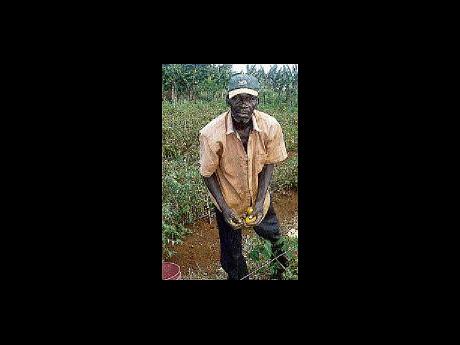 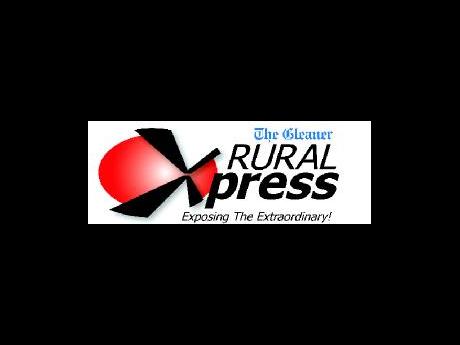 AT THE height of the midday sun, Denroy Henry is busy reaping his one acre of tomatoes, but according to him, he is only doing it for the love of farming and not for financial rewards.

Henry, who uses the land beside his home to grow tomatoes, peppers and cocoa in Denbigh Kraal, said he has been farming for the last 30 years and would never give it up for anything else in the world.

But according to Henry, there are little financial rewards to be gained from dedicating hours to farming, especially tomato, as there is currently a glut of this produce on the market.

"Is a lot of tomato mi have, but no market. When you tek it to market, people want it for little and nutten," Henry lamented.

He said he spent more than $50,000 and countless hours preparing the land and planting his one acre of Rio Grande tomatoes and now has to be selling it for whatever price the buyers dictate.

"Mi lose over 3/4 acre a tomato enuh. And when yuh do bring it to the market is $10 a pound dem buying it for. When higglers come here and buy it from the farm is seven dollars a pound dem buy it," Henry stated.

"I plant cassava and tomato and I go through the same thing. The cassava not so bad, but the tomato, nutten not going on for it," Maas Prim stated.

Henry said as a result of the glut, he now resorts to storing tomatoes inside his house, even in his master bedroom.

When The Gleaner entered Henry's house, mountains of tomatoes could be seen on the veranda and in different bedrooms throughout the house.

Henry said he now donates tomatoes to the May Pen Infirmary hospital to reduce the excess. He said he also distributes the tomatoes free of cost to the residents of his community.

"It very frustrating to charter a bus at $10,000 to carry di tomatoes to Coronation Market and have to sell it for $10 a pound. Is just the money to pay the bus dat, might as well I give it away," said Henry, shaking his head.

Henry wants the public to know that he is not the only farmer in Jamaica currently experiencing this situation and wants the Ministry of Agriculture to do more to solve the problem.

In the meantime, he noted that he would appreciate it if a corporation was established to help small farmers like himself.

"We need a corporation where farmers from di same area can come together and plant different crops; instead of having everybody planting the same things at the same time. This is the reason for the glut and low prices," Henry said.


Denroy Henry shows some of his tomatoes.

Denroy Henry in his field.

Denroy Henry with some of his Rio Grande tomatoes in his bedroom.