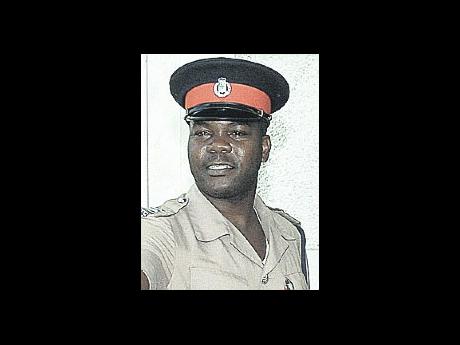 A fatal stabbing incident at the Ocho Rios Transport Centre in St Ann has exposed the inability of the police to adequately protect some travellers in the parish.

Two men were stabbed to death during an altercation at the transport centre yesterday morning, after relatives of a female student sought to protect her from men who had threatened her a day earlier.

The dead men have been identified as Michael Jackson, otherwise called 'Mad Dawg', 25, of Carib Heights, and Jason Peart, known as 'Evil Head', also 25, of Buckfield, both in Ocho Rios.

Fifty-three-year-old taxi driver Horace Woodburn, who was also injured in the incident, was still in critical condition in the St Ann's Bay Hospital yesterday afternoon.

Reports are that on Monday, a schoolgirl who attends the Retreat Primary and Junior High School in St Mary was waiting in the transportation centre for a ride to school when she was threatened by a man with a knife.

Fearing for her safety, the student returned home and did not go to school that day.

On Tuesday, Woodburn, the child's father, and one of his sons accompanied the girl to the bus park to get her a ride to school. The young student had refused to go alone, saying she was still scared.

The police said that while Woodburn was sitting on a stool in the park, someone shouted to warn him that two men with knives were coming after him.

Before he could take evasive action, the men pounced, inflicting several wounds to his body as he screamed for his son to help.

His son intervened and, during the altercation, both attackers were stabbed.

The three men were taken to the St Ann's Bay Hospital where the two attackers, later identified as Jackson and Peart, were pronounced dead and Woodburn admitted in serious condition.

The student was not injured.

The police said the incident reflects a broader problem affecting students in some sections of St Ann, but specifically those attending Retreat Primary and Junior High School, who travel from Ocho Rios.

According to Inspector Howard Simmonds of the Ocho Rios police, students attending Retreat have difficulty accessing rides to the school because transportation has been rendered inadequate by the deplorable road conditions in the community.

He said insufficient personnel has also hampered the ability of the police to patrol the transport centre and prevent similar incidents.