PM off to Dominica 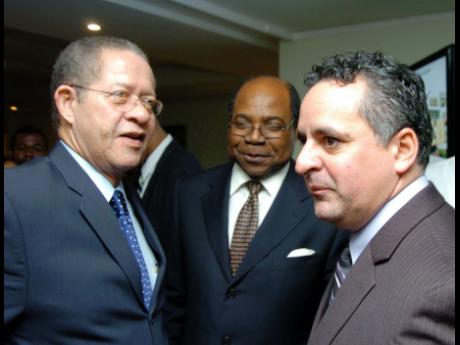 Golding will be accompanied by Deputy Prime Minister and Minister of Foreign Affairs and Foreign Trade, Dr Ken Baugh, and other government officials.

The regional heads of government are expected to focus on the relief efforts in Haiti following the devastating January 12 earthquake.

Issues relating to climate change and an exchange of views with the heads of the international financial institutions, including the World Bank, the Inter-American Develop-ment Bank and the International Monetary Fund, are also on the agenda.

During the prime minister's absence, Minister of Industry, Investment and Commerce, Karl Samuda, will be in charge of the Government.

Golding will return to the island on Saturday.