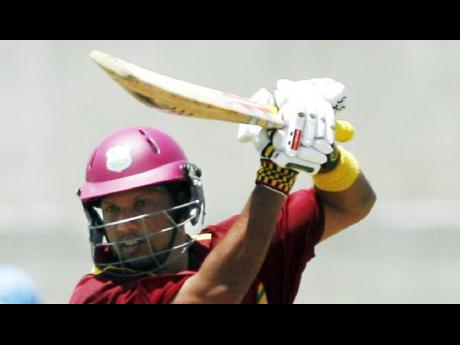 A resurgent West Indies will chase a crucial series lead in the third one-day international today, as they seek to assert their authority over a troublesome Zimbabwe.

Upset in the opening encounter in Guyana last Thursday, the hosts bounced back to take the second match of the double-header three days later, to set up an interesting finish to the five-match series, at the Arnos Vale Stadium here.

What West Indies will be hoping for, apart from grabbing the series lead, will be a sturdier performance than they have rolled out so far. They never looked the part in losing the one-off Twenty20 by 26 runs while chasing a paltry target of 106 and they resembled amateurs attempting to overhaul 254 in the second ODI they lost by two runs.

Even when they eked out a four-wicket win chasing Zimbabwe's 206 in the second match, they did so with 13 balls remaining, while forced to struggle against the tourists' spinners.

New head coach, Ottis Gibson, said: "We lost the first match of the one-day series and fought back to win the second. I told the players that winning is never easy. They will have to work hard and fight hard for victories.

"We have seen signs that we are improving. If we keep doing that (improving) we should be good in the matches to come," Gibson said.

Gibson also said, however, he was already looking ahead to the more trying assignments later this year and noted that doing well in the Zimbabwe series was important in the build up to these series.

"As a team going forward, this series is very important to us so this week we will be looking to build more momentum," Gibson explained. "But ultimately the most important things in the coming months will be the ICC T20 World Championship at home and then the Digicel Series against South Africa."

Dwayne Bravo is returning from an injury layoff which has kept him out of international action since the Test tour Down Under last December and will undoubtedly strengthen the side.

Good to have Bravo back

"It is good to have Dwayne Bravo back in the team. He has only just come back and already you can feel the energy he brings to the team," Gibson acknowledged.

"He is a very important player and already the players have perked up with him around. He brings a lot of energy - he's an athletic fielder, very skilful bowler and can win a match for you with the bat.

Captain Chris Gayle, with two half-centuries in as many innings, will lead the batting with Shiv Chanderpaul, the in-form Narsingh Deonarine and young opener Adrian Barath to back him up.

Zimbabwe, meanwhile, will depend on a good start in order to mount a good total and will look to their spinners to defend whatever target they post.

Openers, Vusi Sibanda and Hamilton Masakadza will definitely need to get among the runs, as will Tatenda Taibu and all-rounder Elton Chigumbura.

Their slow-bowling quartet of off-spinning captain Prosper Utseya, left-armer Ray Price and leg-spinners Greg Lamb and Graeme Cremer will form the thrust of their attack.