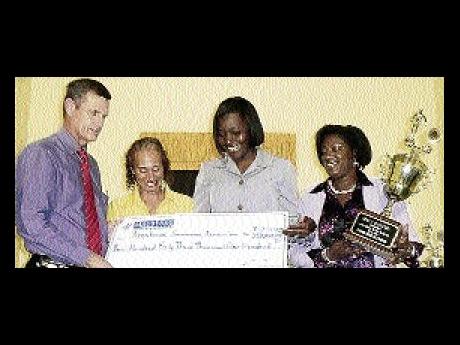 According to Jackie Walter, head coach of the Jamaica swim team, the unavailability of the National Stadium swimming pool has adversely affected the preparation of the national team for the CARIFTA Swimming Championships, which will be staged in Jamaica from April 3-6.

Sixteen countries have already been confirmed for the championship, with Jamaica fielding a 36-member team.

"We have had difficulties as I have been without the pool for the last year, so it is going to be work, work, work with the team as we try and do some work that they haven't been able to get in the last year to have home pool advantage, rather than us being visitors in the pool," said Walter.

"So as soon as the team is announced, we will go into training together everyday, which normally does not happen. The swimmers need to get into the 50-metre pool and we need to start working together right away," she added, while speaking at the launch of the Mayberry Investments annual swim meet yesterday, at the Sports Development Foundation conference room.

"We usually have ongoing national squad training and we did not have this happening," said Walter. "We got back going again in September, thanks to the courtesy of the University of the West Indies and the Young Men's Christian Association and we have been working three tines a week, but obviously three times a week is not enough.

"It will affect the performance of the team, the advantage we have is that CARIFTA is at home and I often find that our swimmers step up a notch when it is here. Last year, we were fifth and our aim is to move up that scale,"

John Eyre, president of the Amateur Swimming Association of Jamaica, also believes that with the stadium pool being out of service, it has affected the swimming programme on a national level.

"It has affected us more from a national point of view; a number of schools have stopped being involved in aquatics," said Eyre.

"When we moved our National Stadium classes down to Bournemouth Bath a number of schools chose not to continue their involvement, noting that once the stadium comes back up they will be involved in the programme," he added.

The 12th staging of the annual Mayberry Investments swim meet will be held between March 12 and 13 at the Bournemouth Bath facility, as opposed to its usual home, the National Stadium.

The meet, which is the premier swim meet on the calendars of many prep and primary schools, will see a decrease in entries - with 40 less swimmers entering the prep school division. The only significant difference from a competition point of view is that the six and under age group will be swimming 25 metres instead of the usual 50 metres.

The morning session for both days will commence at 8:30 a.m., while the afternoon sessions will start at 1 p.m. It will cost adults $200 to attend each session, while children will be charged $100 per session.