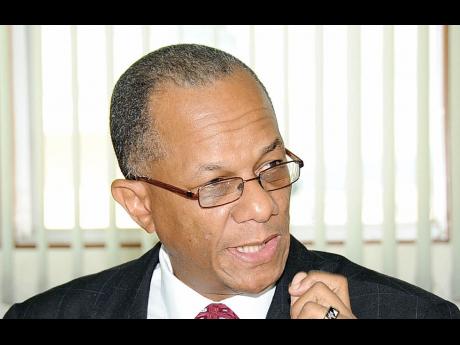 A strong police presence is expected in the Half-Way Tree area this morning as part of an attempt to avert another clash between warring students from Excelsior and Ardenne high schools.

Head of the St Andrew Central Police Division, Superintendent Derrick Knight, is also asking teachers from both schools to come to the Half-Way Tree Transportation Centre to help ensure that students go directly to classes.

According to reports yesterday, several students from both institutions were left with stab wounds after a mêlée in the Half-Way Tree area.

Principal of Ardenne High, Esther Tyson, said she was aware of the incident and is having discussions with her counterpart at Excelsior in an attempt to defuse the situation.

Attempts to get a comment from principal of Excelsior High, Denroy Bromfield, were unsuccessful.

No retro pay for nurses month-end

The island's nurses will not be paid retroactive salaries due this month, as the Ministry of Finance and the Public Service does not have the money.

Senator Arthur Williams, state minister in the finance ministry, yesterday acknowledged there was an agreement in place to pay out approximately $1 billion. He, however, noted that while the ministry had made some payments to the nurses since they agreed to take the monies due to them as of April 1, 2008, it did not have the funds to underwrite the outstanding salaries.

"It is not possible to pay the nurses $1 billion at the end of March," he told The Gleaner.

The money to the nurses is owed under a heads of agreement signed between the Nurses' Association of Jamaica and the Govern-ment last year.

Williams said he was not in a position to say when the retroactive salaries would be paid.