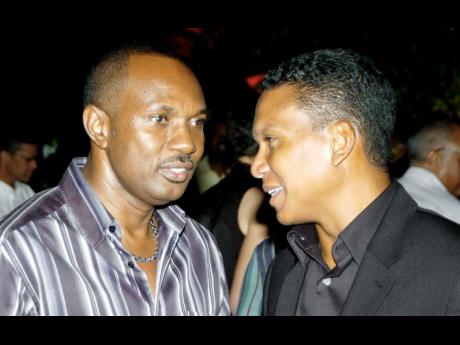 Chris Dehring, who was the managing director and CEO of the ICC WI Cricket World Cup 2007, does not totally agree with the view of president of Jamaica Cricket Association (JCA) president, Paul Campbell, that the only way forward for cricket in Jamaica is to be part of the West Indies Cricket Board (WICB).

In response to a Gleaner article published on Tuesday, in which Campbell categorically dismissed suggestions that island territories could be better served by leaving the WICB and participating on their own, Dehring said judging by trends in the sport's newest format of the game, Twenty20 cricket, it is not too far-fetched to think of the possibility of Jamaica competing on its own.

"I think they (JCA) should always keep one eye on the possibility. We love West Indies cricket and want it to survive for historical reasons, but at the same time all administrators need to keep looking for opportunities and trends," said Dehring.

"The Twenty20 game has changed the landscape of world cricket and will continue to change that landscape over the next 10 to 15 years.

"So if you are thinking in a 15 years onwards time frame, there is every reason to believe individual countries within the Caribbean could be able to compete internationally at Twenty20 cricket on their own.

"And, therefore, you even start to imagine the possibility of Jamaica being successful in other forms of the game," he added.

Debate on the separation of West Indies island territories has been on the lips of some regional cricket enthusiasts since the success of Trinidad and Tobago at the inaugural club Twenty20 Champions League tournament in India last year, and Jamaica's successes in four-day cricket at the regional level.

Trinidad, in the absence of a regional club cricket champion, and being winners of 2008 version of the now-defunct Stanford 20/20 tournament, made it to the final of the Champions League, while Jamaica were crowned regional league champions for a third consecutive year.

But Campbell, who is also a director of the WICB, said the JCA was not too perturbed by recent developments and, in fact, was fully committed to the restoration of the West Indies team to its former glory.

"Our efforts and attention, despite our recent successes, will be focused along the line of improvements to Jamaica and, by extension, West Indies cricket," said Campbell.

Dehring, in the meantime, who represented Jamaica at the youth level, and is at present board chairman of telecommunications firm LIME, explained that an eventual separation could result in benefits for the country.

"It (separation) is a reality that one wants to face. But the shorter the form of the game, the more likely it is for a team to be competitive.

"This means, therefore, that countries like Jamaica could benefit, whereas the West Indies, as a collection on islands, is finding it difficult to capitalise," explained Dehring.

However, he cautioned that given Test cricket's track record, it would be hard to die.

"It would not that be easy, however, for Twenty20 to take over. Test cricket still have a way to go before you think of it as dead ... if it is to die any at all.

"What one is seeing is certain cracks in Test cricket's shell when certain Test players start to retire to focus their careers on the much more lucrative Twenty20. A fact one can't ignore," he opined.