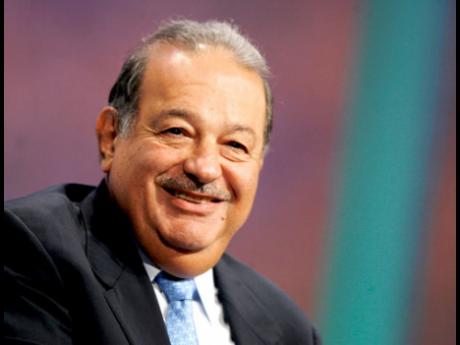 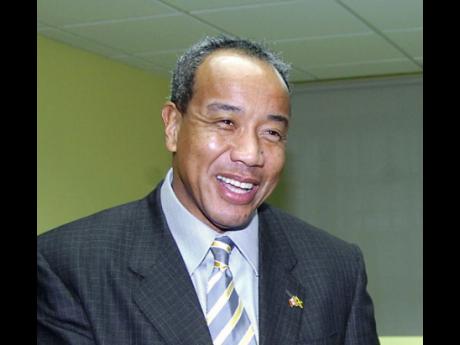 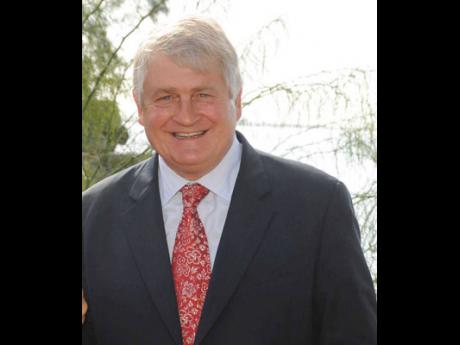 Mexican telecom tycoon Carlos Slim Helú, owner of América Móvil and Claro, has overtaken Bill Gates and is the first man from a developing nation to become the world's richest person - a shift that underlines the loosening of America and Europe's strangle-hold on the top spots in the billionaires' club.

Slim's arrival at the top aroused both pride and anger in Mexico, where many see his fantastic wealth in a poverty-afflicted nation as a sign of what ails it.

With a recovery in the value of his cellphone holdings, Slim's fortune jumped by US$18 billion in one year to US$53.5 billion, placing him just ahead of Microsoft founder Gates with US$53 billion and investment guru Warren Buffett at US$47 billion on the Forbes 2010 list of the world's wealthiest released Wednesday.

Jamaican/Canadian Michael Lee Chin remains on the list but with an unchanged US$1 billion, while Digicel founder Denis O'Brien, an Irishman, is now worth US$3.5 billion, up from US$2.5 billion.

Tavistock's Joseph Lewis, a Bahamian whose company is to develop the expansive luxury resort Harmony Cove in Trelawny, has US$3 billion, up from US$2.5 billion.

The rise of Slim, the 70-year-old son of an immigrant shopkeeper, is just part of the emergence of billionaires in developing countries, Forbes reporter Keren Blankfeld said.

She noted this year's top 10 richest also include two billionaires from India and one from Brazil.

"They're kind of spread. It's a nice spread," Blankfeld said of the list, which had long been dominated by Americans and Europeans.

The full list showed Taiwan tripling its number of billionaires to 18, Turkey more than doubling to 28, and Brazil increasing by 50 per cent to 18.

The number of American billionaires rose by more than 40 to 403. That is more than six times second-place China with 64 billionaires.

That the single richest man on the list should come from Mexico has drawn frequent criticism given the country's ongoing battles against poverty.

"This is shameful," said Ernesto Villanueva, 45, of Mexico City. "This is part of what is wrong with the Mexican political system and the corruption in the circles of power, that allow there to be a few rich people and millions of poor."

While Mexico belongs to the Organisation for Economic Cooperation and Development, whose 30 members constitute the world's most important market economies, it is also a developing nation.

But some Mexicans give Slim credit for knowing how to make money.

"He was intelligent enough to get to where he is, while we, as a people, have never known how to unite ourselves," said 17-year-old student Manuel Santibanez.

Slim's conglomerate of retail, telecom, manufacturing and con-struction companies so dominate the Mexican commercial landscape it is often easy for Mexicans to find themselves talking over a Slim-operated cellphone at a Slim-owned shopping centre waiting to pay a bill to a Slim-owned company at a Slim-owned bank.

If the line is too long, they can catch a quick coffee at a Slim-owned restaurant.

His Telmex telephone company controls 83 per cent of landlines in Mexico and is the leading Internet service provider. Another of his firms is the top cellphone operator, and he wants to get into conver-gence services to offer television and interactive media.

Arturo Elias Ayub, the billion-aire's son-in-law who is an executive at Telmex, welcomed Slim's arrival at the top.

But he said Slim was not breaking out the champagne.

"This is a number brought out by a magazine that doesn't concern us, or worry us," Elias Ayub said, echoing Slim's 2007 comment about the top spot that had eluded him for years: a Spanish phrase - "me es impermeable" - that roughly translates as "I'm impervious to that."

Slim is known for wearing inexpensive suits and rarely using the computers his companies sell, preferring old-style paper notebooks. A baseball fan, his indulgences are largely limited to cigars and diet soft drinks.

While he owns - either personally or through his foundations and museums - an impressive collection of art, including works by French sculptor Auguste Rodin, he works out of a set of somewhat dowdy, 1970s-style offices.

A civil engineer by training, he has bought up troubled or government-owned companies of all types, fixed them up and resold them for huge profits.

That kind of thrifty eye for undervalued businesses has served him well, especially after the market downturns in recent years.

"In periods of crisis, he has always invested, and now we are beginning to see the fruits of that," Elias Ayub said.

One factor in Slim's move to the top spot is that Gates and Buffett have given away chunks of their fortunes in charitable donations.

Slim has donated to several causes, but not on nearly the same level.

In January, he announced a US$65-million donation for genetic research on cancer, Type Two diabetes and kidney disease in Mexican and Latin American populations.

Speaking to reporters in 2005, Slim described his philosophy: "Wealth must be seen as a responsibility, not as a privilege. The responsibility is to create more wealth. It's like having an orchard; you have to give away the fruit, but not the trees."

The three richest men have been richer.

Slim was worth as much as US$60 billion but lost US$25 billion in 2008; Gates shed US$18 billion in the same period but has now regained US$13 billion, while Buffet's fortune fell by US$25 from US$62 billion. He has regained US$10 billion.