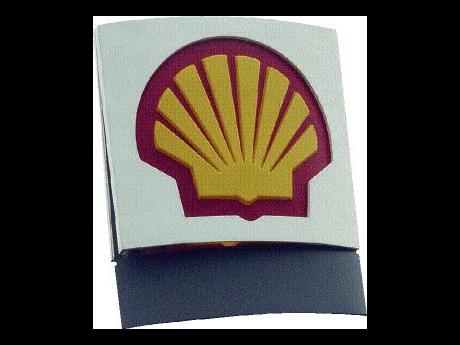 A negligence lawsuit in which Jamaican snack maker Fun Snax Limited was seeking to recover $107.3 million from Shell Company (WI) Limited for allegedly supplying the incorrect liquefied petroleum gas (LPG) has been thrown out by the Supreme Court.

In the four-year-old case, Fun Snax and its associated distributor Midel Distributors Limited claimed Shell, under a 2002 contract, had supplied them with mostly butane gas in 2003, instead of the propane ordered.

The mix-up, they claimed, resulted in their products being undercooked because the butane did not generate sufficient heat inside the ovens, leading to loss of revenue from returns by customers.

Shell countered, however, that Fun Snax's problems were related to the use of rancid oil, and that the contract called for the supply of LPG propane without specificity to the composition of gas - arguments that Supreme Court judge Paulette Williams found convincing enough to award judgment in favour of the fuel marketing company and ordered that the legal costs for three lawyers be paid by the claimants.

The gas supplied by Shell to Fun Snax was acquired from Petrojam, whose sales representative Mark Williams testified that LPG typically comprises both gases.

Shell's lawyers, André Earle and Anna Gracie, also relied on a report prepared by Technological Solutions Limited (TSL) which found that rancid oil was the cause of Fun Snax's problems.

Earle David Delgado, chief executive officer of Fun Snax/Midel, admitted under cross-examination that a suit had been filed against Jamaica Edible Oils and Fats Company Limited (JEOTC) in December 2003 claiming damages for goods spoilt because of the supply of rancid oil which was used in the manufacture of their goods.

Delgado also confirmed that TSL had conducted tests on the oil products supplied by Jamaica Edible Oils between March and June 2002, and established that the oil was rancid.

And he testified that as a result of the use of that rancid oil, some products had to be recalled, while some were returned by customers.

Asked to make comparisons between the two suits filed, Delgado admitted that some particulars of loss and expenses of the claimants were identical.

He conceded that the same year he settled with Jamaica Edible Oils, he also made a demand on Shell and filed the suit months later in 2006.

Delgado testified that the rancid oil had excess moisture and could have resulted in shortening the shelf life of the products.

Much of the evidence in the case also surrounded the type of gas and whether there was interference with its composition.

Initial tests on November 3, 2003 put the LPG composition at 42.2 per cent propane and 57.3 per cent butane, but the butane component was subsequently found to have increased to 85.9 per cent.

Both sides also produced experts to bolster their case, with Dr Roy Porter, a chemistry lecturer testifying for Fun Snax/Midel, noting that over time, because propane is a higher-pressure gas, its rate of evaporation was more rapid, but unlikely to open up a significant gap in the composition of the LPG, and would not explain the 28 per cent increase in butane levels.

Shell's expert, chemistry pro-fessor Paul Reece, testified that the butane was introduced into the Shell fuel tank, but that its dominance should have produced more heat for the ovens, not less, as claimed by Fun Snax.

Delgado was asked, but denied that he had arranged for the butane to be added to the Shell tank.

Judge Williams, in handing down judgment last month, said the increase in the butane component in the mixture in the tank between November 1 and 13, 2003 would be considered dramatic, even by a lay person.

Porter "has not proffered any clear explanation as to how this could have happened. On the other hand, Professor Reece's evidence is unchallenged that the increased amount suggests butane was added to the tank," Williams said.

"There can be no denying that the evidence of the proven and admitted role of the supply of the rancid oil from Jamaica Edible Oils in the spoilage of the claimants' products significantly weakens the claimants' assertion that it was the supply of butane that caused their loss," the judge ruled on February 25, 2010.

Williams said it was accepted by Delgado that the increased moisture caused by the rancid oil would have resulted in increased time for baking its products, and that this would have reduced their shelf life.

"Hence it cannot be said, ipso facto, that the fact that there was this spoilage of the products meant that there was incorrect and inappropriate gas supplied," the judge said.

Dutch-owned Shell WI is no longer operational in Jamaica having sold the local franchise to Jamaican/Trinidadian consortium Cool Petroleum in February 2006.