We can't please everyone - Miller 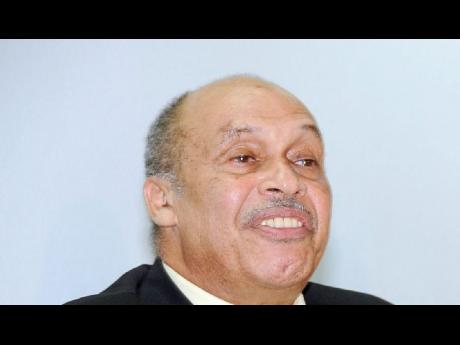 THE ELECTORAL Commission of Jamaica (ECJ) has defended its report to Parliament on the realignment of boundaries and the increase in the number of constituencies from 60 to 63.

The defence comes a day after South West St Catherine MP Everald Warmington trashed the ECJ report and blasted the commission for dismissing proposals made by the St Catherine Parish Boundaries Committee.

"We have done a thorough job. We followed a set of rules that was agreed, so while I may have sympathy for the fact they disagree, it is a matter that in a boundaries exercise, when you set up rules, you have to follow them," Professor Errol Miller, chairman of the ECJ, told The Gleaner yesterday.

Warmington left the chamber of the House yesterday after Speaker Delroy Chuck refused to allow for a divide on the ECJ report on electoral boundaries.

Warmington, who was one of four JLP members on the boundaries committee in St Catherine, scoffed at the ECJ's report, describing as stupidness the way in which two new constituencies were created.

Warmington told The Gleaner yesterday that under the ECJ's configuration of the new seat, one division, Bernard Lodge, will have 1,741 voters and Homestead, the other division, will have 13,123 electors.

The St Catherine Boundaries Committee had agreed to cut the entire Bernard Lodge division from Opposition MP for South St Catherine Fitz Jackson's seat, which is predominantly made up of Portmore residents.

However, Bernard Lodge, which is the only part of South St Catherine that is not in Portmore, has been split by the ECJ. Part remains with Jackson and the remainder sliced into the new seat.

Warmington charged that the four nominated members of the ECJ had no input in the final determination of the St Catherine seats.

"When the Electoral Commission speaks about having input from all communities, it was a sham. It was a façade," Warmington said.

Yesterday, Miller told The Gleaner that rules were set up to outline how disagreements would be addressed.

He said the commission made it clear it would act on proposals from the parish boundaries committee that had also been signed off on by the general secretaries of the parties.

However, in the case of St Catherine, the general secretaries did not agree on the proposal from the parish boundaries committee, leaving the director of elections to prepare a proposal that was signed off on by the selected members.

"In a boundaries exercise, everybody won't get what they want," Miller said.

Meanwhile, with local-government elections almost due, Miller said there was no need to panic about lopsided divisions, a concern that Warmington has raised.

Miller said that in the case of 10 constituencies where the boundaries are unmolested, the status quo would remain the same if an election is called.

In the case of St Catherine, St Ann, St Andrew and St James, where there have been changes to constituency boundaries, Miller said the selected members will make a determination of divisional boundaries if there is no agreement on those divisions by the parties.