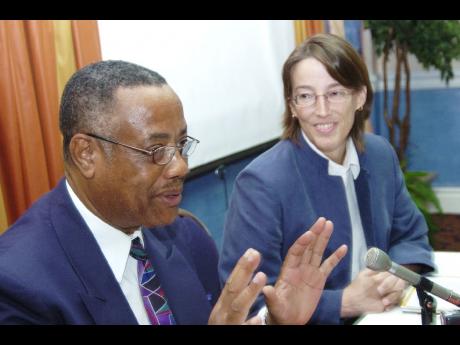 During Tuesday's committee meeting, opposition member Derrick Kellier told members that several property owners residing on former bauxite lands and subdivisions had no titles because of restrictions which prevented the issuing of splinter titles.

Kellier said these requirements, which had existed for several years, dictate that such areas have roads that meet certain standards, including the provision of kerbs, as well as water and proper drainage channels.

He said these restrictions also worked against the Government, as it was unable to collect taxes on untitled properties.

"We need to invite local government to come and give us some kind of indication how they can simplify this process," said Kellier.

"It's not only in the bauxite lands, but all over Jamaica that you have subdivisions and land settlements tied up in this archaic law. People can't get a title because the roads have not been brought up to standard although they have access."

Committee Chairman Robert Pickersgill then queried whether the owners of these properties had ever paid taxes based on receipts they had for them.

Kellier noted there were several cases where families had divided land for their members but no taxes had been paid for the main property or those sections that had been divided because of difficulties with the land-titling process.

"We need local government and the other stakeholders to tell us how they can ... make the titling process move faster, and to simplify the conditions. In some cases, it is these conditions why persons can't get a title and why they aren't paying," said Kellier.

He said the Government urgently needed this money, as it was these taxes on which it funded municipal operations.

Government member Everald Warmington reminded the committee that Prime Minister Golding had given an undertaking in Parliament sometime ago that the process needed streamlining, and that the issuing of titles should not be placed on hold while this was done.

Warmington was unable to say how far the process had reached.

Kellier insisted, however, that the issue needed urgent debate, particularly at this time.

"If people can get titles, they can use it to empower themselves, especially when it comes for advancing the education of their children," said Kellier.

"They need these titles, and the restrictions we've had for the last 40 years or more since Indepen-dence are not helping."