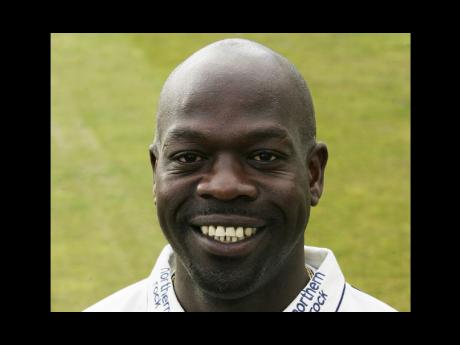 Seemingly recovered from their early series stuttering, West Indies will look to wrap up the series against Zimbabwe in the fourth one-day international of the five-match series which bowls off here today.

The hosts started the series with a shocking two-run defeat to the feisty touring side, but their emphatic 141-run win in the third game on Wednesday pointed to a decisive turning of the tide.

While their batting will remain a concern, the bowling has twice kept Zimbabwe under wraps, and new coach Ottis Gibson will hope this is the match when it all comes together.

Working for something big

"We're moving forward but as I say to the players all the time, that's just one small step. We've just got to keep our feet on the ground and keep planning for the next game," Gibson said.

"We're building towards something far bigger than where we are now. The guys have worked very hard since I've got here so I've got to commend them on the work they've done."

Since their whipping in the first two matches, West Indies have rebounded well. Led by their bowlers, they limited Zimbabwe to 206 in the second ODI and then bundled them out for 104 in the third game.

The batting, though, has struggled but they have still posted in excess of 240 runs on two occasions.

Gibson said if the players continued to apply themselves with a high level of discipline, eventually they would begin to reap dividends.

"If we put in the work, and we work in the right way, and we come to work with a positive attitude, most days you will enjoy your work," Gibson pointed out.

For Zimbabwe, they will seek to rescue a series which started with much hope after back-to-back victories, but which is now slowly being derailed as West Indies exert their superiority.

They won the one-off Twenty20 International by 26 runs and then carved out an upset win in the first ODI in Georgetown, to lay the foundation for a successful campaign.

Knowing that a defeat will condemn them to a series loss, the side will be expected to come out swinging to push the series down to a decisive fifth match at the Arnos Vale Stadium.

"We still believe in ourselves and each other - that doesn't change after one game - and we know we can hit back in the fourth game on Friday," Zimbabwe captain Prosper Utseya said.

Zimbabwe will again depend on their spin-based attack which has served them well so far, but they will need much more from their batsmen who have not shone since the opening one-dayer.

Following his 95 in the opening match of the series, opener Vusi Sibanda has managed just 5 and 0, and he will need to rediscover form if Zimbabwe are to flourish.