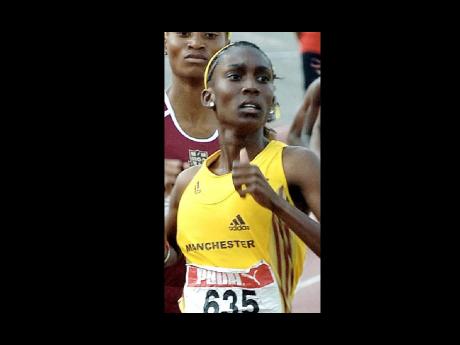 Natoya Goule of Manchester High was the star on the first day of the 2010 Milo Central Athletics Championship being staged at the G.C. Foster College, as she accounted for two of nine meet records.

Nikita Tracey of Edwin Allen High set the first record of the day in the girls' Class One 400 metres hurdles open. She clocked 58.80 seconds, shaving one-tenth of a second off the previous mark set by Shana-Gay Tracey of Holmwood in 2007.

The records came as a surprise for Goule.

"It feels great, I never expected to break any records. I just came here to run so I am very happy to break two records," said Goule.

The points standings at the end of day sees defending champions Holmwood Technical leading the girls with 146 points after 19 finals. Edwin Allen were just behind on 145 points, with St Jago High next on 132.5.

St Jago High lead the boys section after 13 finals with 123.5 points. They are followed by Holmwood Technical on 68 and Edwin Allen 53.5.