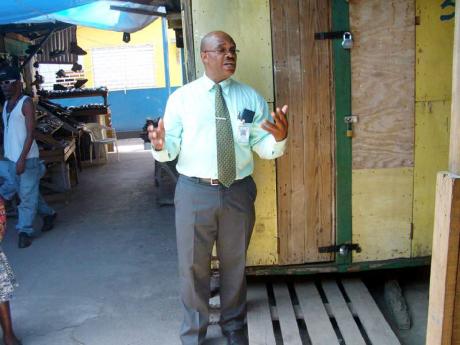 Faced with an exorbitant monthly electricity bill, the Portland Parish Council will, in another week, terminate electricity at the Musgrave Market in Port Antonio.

Mayor of Port Antonio, Floyd Patterson, said the enormous electricity bill of $300,000, which has to be footed by the council, was a serious financial strain.

He pointed out that vendors had shown scant regard for the pleas of the council, and in some instances had transformed the market from a place of selling to a theatre, a music shop, and studio.

"The parish council is faced with a monthly electrical bill of $300,000, which is exorbitant," he said.

"We have been warning persons for sometime now to conserve, but that plea has fallen on deaf ears. I have witnessed persons in the market during the day watching DVD all day, burning television, fans, using clothes iron, playing component sets, and radios. This will no longer be tolerated."

According to the mayor, the necessary steps to bring the abuse of electrical power at the market to a halt were being fast-tracked, as he had already taken it upon himself to secure the services of an electrical contractor with a view to removing the entire electrical supply, with the exception of ceiling lights.

"Vendors, who, therefore, need to use electricity for other purposes, are being advised to get their own light meter, so as to foot their own bill," Mayor Patterson added.

The mayor told vendors that following the termination of electricity to the market by the parish council, they could apply to the council individually or in groups for permission to secure their own lighting.

The mayor said the council would be willing to provide individuals or groups with the necessary documentation for them to acquire meters from the Jamaica Public Service.

Currently, the more than 80 vendors, who have access to electricity at the market, are each paying a mere $200 a month, as their contribution towards the use of power at that facility.

The plight facing the council is further compounded by close to $2 million owed to it by vendors in outstanding vending fees.

The Musgrave Market underwent major rehabilitation a little more than two months ago to the tune of approximately $24 million.

Approximately 240 persons ply their trade at the market.