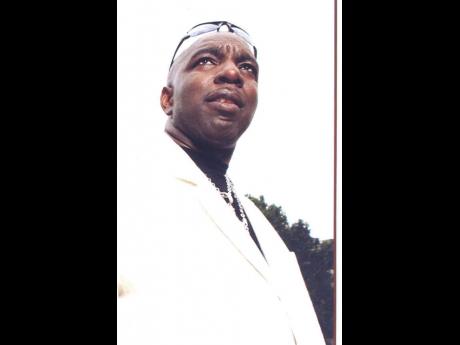 Atlanta-based Jamaican artiste St Paul has joined the effort to help the people of Haiti rebuild their lives and country by dedicating a song, How to Love Again, to the cause.

"The lyrics of the song and the composition speak for itself ... for unity is strength and sometimes we find strength through depression," St Paul told The Gleaner while relaxing at Bleeky Blong recording studio in St Mary recently.

The lyrics were written by St Paul and one of his producers G'da, who is originally from Haiti but now living in Atlanta.

"We find strength through disaster and whatever happened to Haiti (can) create an idea for us who are left alive to be unified as a people," he said.

He explained that the song is already on the market and will be made available worldwide in the summer. Eighty-five per cent of the proceeds will "go directly towards the Haitian community and the government as well", the artiste said.

St Paul, real name Paul Allen, is originally from Montego Bay. He was in Jamaica recently, along with manager, Keith Simon, to promote his debut album, Don't Ever Give Up. He also performed in Negril, sharing the stage with the likes of Shaggy, Elephant Man and Charlie Blacks.

The album contains tracks such as the compelling My Life, Quiet Place, Forgiveness, a collaboration with multitalented St Mary-based musician and singer Shae Miller.

For the summer, St Paul hopes to release a few singles, among them Candy Shop and Jah Children, which was also recorded at Bleeky Blong studios.

For 2010, he expects to make the charts and establish himself as an international artiste with more than just dance music.

"I hope to get on the charts in a good way, not just entertaining, but giving a message, teaching. Music should be reality and life, joyful. It shouldn't be everybody just cussing out each other," Allen stated.