Minor miracle, Brief history on the car that taught colonists to drive 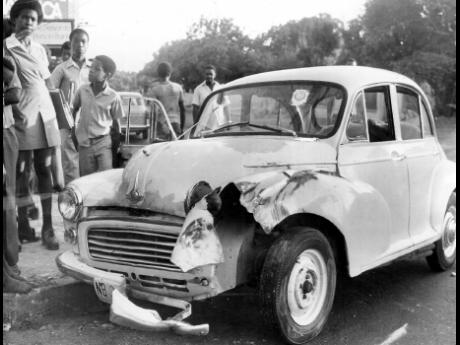 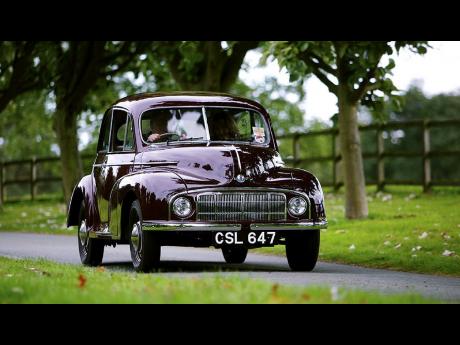 A Morris Minor motor car, as seen on classicandperformancecar.com. Check out more classic cars on that website.
1
2

Ack! This car brings back more memories of muggy old ladies and blackboards and chalk and talk and school than I care to remember! It is so ... so ... English. So hoop-skirty. You either love this car or hate it. For some, it conjures up fond, nostalgic times; most people over the age of 60 probably learned how to drive in one. But its place in automotive history cannot be denied!

Conceived by Sir Alec Issigonis, chief engineer at Morris Motors, its launch in 1948 was overshadowed by the upstart Jaguar XK120 at the Earl's Court Motor Show. However, the technical specification of this wonder was such that it drew crowds nonetheless. The Brits' car had arrived.

Issigonis (Issi) had been busy since the early 1940s finding a way to move the masses with a cheap, effective but quality automobile. The Morris 8 was getting long in the tooth, and a replacement was due. Code-named Mosquito, bureaucratic forces fought against this project from the very start.

Issigonis, never an infighter, was not given a clean sheet to start with. His original idea had called for a four-cylinder, opposed-air cooled engine, à la the Volkswagen bug (look at all that space around even the series three engine), but instead he was given the ol' nag Morris 8 engine to work with, which developed a paltry 27 horsepower. Fitted in the prototype Mosquito, it did 0-60 in 24 seconds and had a pedestrian top speed of 62mph. The bean counters really did a number on old Issi.

Although there were advantages to the 918cc, side-valve Morris 8 engine (reliability, ease of manufacture, mileage, and the fact that a new engine would not have to be designed), whoever thought of putting that antiquated engine into the Series MM buggered up the Minor for the first third of its production run. However, its razor-sharp rack and pinion steering, suspension, low centre of gravity and old-world familiarity endeared it to the public.

Although chief executive and founder of Morris Motors, Lord Nuffield, allegedly said it looked like a poached egg, it sold well. The chassis was such a good performer dynamically that it was basically unchanged throughout its production run from 1948 through 1972.

The first offering, the Series MM, made its debut (almost against Lord Nuffield's wishes) in 1948. The public loved it, and in spite of itself, it was a commercial success. Stylistically, it was different; the motoring press lauded its great road holding, stability and 'big-car features'. Words like 'charisma' were coined to describe the Minor. With its unitised body shell and independent torsion bar front suspension, there still was a lot to jump and scream about, even though on the road it was a slug. This first run sold about 176,000 units. Three events, however, were to conspire to bring about the demise of the Morris Minor before it was fully developed.

The first of these was the merger between the two major players in the British auto industry in 1951. Lord Nuffield, who owned Morris Motors, Morris Garages (the famed MG marque) and the Austin concern, brought Austin, Wolseley and Riley to the table. At the head of Austin was Leonard Lord, who had a hissy fit with Lord Nuffield while working for Morris many years before. Lord had sworn that he would not rest until he had taken Nuffield's auto empire apart bolt by bolt. When these mergers happen, usually one company gets stuffed into the other. Leonard Lord was there to make sure that it was not Austin. And so the conglomerate British Motor Corporation (BMC) was formed.

When time came to upgrade the Minor, a decision was made to rationalise the engines used in the line and engines hijacked from the Austin A30 went into the Series II Minor. With a capacity of 803cc and rating of 30 horsepower, the Minor performance nosedived with a snail-like 0-60 time of greater than 30 seconds. The much-anticipated facelift, which involved the slatted grille change, exterior appointments and interior improvements did not occur until 1954, two years after the launch of the Series II. Yet, somehow Morris sold 318,300 units.

Meanwhile, Issigonis, tired of the politics and disappointed that he never got to build the car of his dreams, left after the merger and went to Alvis. But three years later, promising clean-sheet engineering, Leonard Lord enticed him back in the fold, and Issi went and drew up the Morris Mini. The second nail had been driven into the Minor's coffin. The Minor, however, soldiered faithfully on.

In 1962, Ford Motor Company released the Cortina, an exceptionally well-packaged and marketed car. Faced with competition from within and without, Minor sales started to decline. Seeing that the death knell of their cash cow was being sounded, BMC finally coupled this outstanding chassis with a power plant and gearbox that promised some performance; the Austin 'A' Series 1098cc 48hp engine. At last the Minor could keep up with traffic, with a top speed of 72mph and 0-60 time of 18 seconds.

However, for some reason, BMC did not market this product. Of all the variants, the Series III was the most lucrative of the lot, selling more than 600,000 units, by the late '60s-early '70s, you couldn't give them away, its staid image being sullied by more comfortable and oh-so-much faster Rovers, Triumphs, Hillmans and the cheeky little Mini. The rest of the world had caught up and moved on.

Driving one of these Series III beauties is indeed a mixed experience. You plead with this lump to get up to cruising speed. Power is not its forte. But there is a fluidity, an immediacy to the steering, and a willingness to wind on back to the straight ahead that has not been bettered, some people say, in any car since.

Fitted with the original skinny bias ply tyres, it has a chuckability and a cornering attitude that have to be seen to believed. Take it into that fast right-hander as quick as you dare; feel the tail break away and watch the nose point to the exit of the corner, and then - here is the gutsy part - just let go of the steering.

Time seems to slow ... the tiller spins like a thing possessed; the pucker factor gets mighty intense until you realise that the hood ornament is pointing directly at the corner's exit. At this point, stomp on the gas and grab that wheel and feel the car go round in a perfect four-wheel drift. It just does not get any better than this. She was just ahead of her time.

Do you have memories of the Morris Minor? Shoot off an email to me at saturdaylife@gleanerjm.com or mario.james@gleanerjm.com.