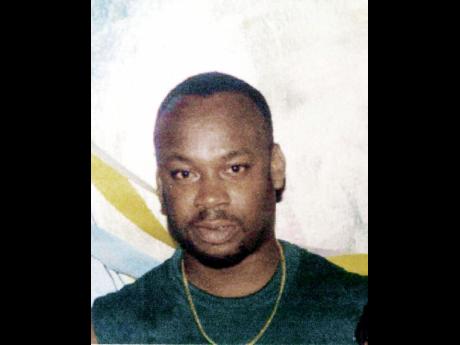 The pressure on the Bruce Golding administration to send the worrying extradition request for Tivoli Gardens strongman Christopher 'Dudus' Coke to the courts continues to mount.

Three more powerful organisations have applied additional pressure, saying the Government should send the extradition request to court, even as Coke, the man under immense public glare, celebrates his 41st birthday with an elaborate two-day bash in Tivoli Gardens over the weekend.

The Jamaica Council of Churches, the Independent Jamaican Council for Human Rights (IJCHR) and active human rights organisation Jamaicans for Justice (JFJ) have joined the Private Sector Organisation of Jamaica, Families Against State Terrorism and the parliamentary opposition in shooting down the prime minister's decision to keep the issue out of the courts.

"The (extradition) matter should go before the courts," was the blunt declaration of the Reverend Peter Garth of the umbrella church group, which usually stays out of such issues.

"The council is troubled by the seeming trend to reduce or curtail judicial authority, and warns that there are constitutional implications," declared the Arlene Harrison Henry-led IJCHR.

"We fully support the position of the IJCHR and believe the Dudus matter needs to be placed before the courts," asserted Dr Carolyn Gomes, executive director of JFJ.

"In fact, we believe that it is a breach of the principle of separation of powers for the executive to assume the duty of the judiciary," Gomes added.

Last week, Golding told the House of Representatives that the surveillance evidence garnered by investigators was in breach of Jamaican laws - specifically, the Interception of Communications Act.

A growing number of organisations and individuals have rejected Golding's explanation for refusing to extradite Coke to the US to face the courts on a range of charges.

The organisations have argued that it was not the prime minister's call, but that of the courts.

The IJCHR contends that the adequacy of evidence, its admissibility, relevance, weight or otherwise, is a matter for the determination of a competent court, established in the Jamaican Constitution and the laws of the land.

The council argues that the courts are the appropriate guardians of the constitutional rights of the Jamaican people.

The IJCHR further insists that the primary duty of the courts is to interpret legislation in an independent and unbiased manner.

To this end, the IJCHR argues that extradition proceedings should be held in open court to facilitate public scrutiny.

"We embark on a dangerous road when the executive authority usurps judicial functions by making decisions about evidence. As such, decisions can only be properly made by the court after a full public hearing of all issues, and after the hearing of all parties," the IJCHR stated.

Gomes argues that the position of the JFJ has not changed because of the person involved.

"We have always argued that the court is the final arbitrator, and we have sought to defend the rights of all Jamaicans in a court of law," said Gomes.

On the issue of the Mutual Assistance Treaty, which allows the governments of the United States and Jamaica to extradite suspected offenders following a court hearing, the IJCHR says it is necessary for effective governance, as crime is no longer local in origin and effect but transactional and international.

The IJCHR asserts that the reciprocal rights and obligations, which both countries accept, are intended to serve the purpose of bringing to justice those who are accused of committing grave offences in either of the contracting states and those convicted, but have fled from one state to another.