Manchester women urged to empower themselves 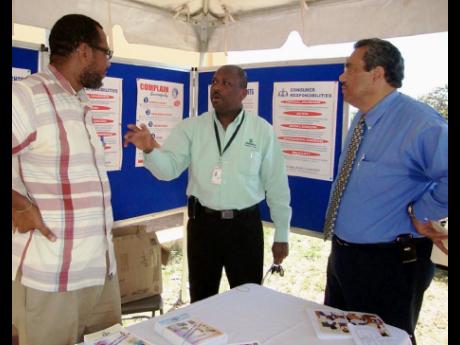 One hundred and fifty women from Farm and surrounding communities in south Manchester were encouraged to acquire knowledge and use information to empower themselves during an empowerment fair at the Farm Community Centre on Monday.

The encouragement came from Jerome Maxwell, managing director at Jamalco.

Jamalco organised the fair under the theme 'Equal Rights, Equal Opportunities, Progress for All'.

Maxwell said that while only 15 per cent of Jamalco's employees were women, he wished it were 50, because women could do almost any job, once they had the training, exposure and opportunity.

He impressed on the females that women were represented in every department at Jamalco and encouraged the attendees to believe in themselves and make use of the information at the fair to improve the quality of their lives.

The empowerment fair included displays from 10 government and non-governmental agencies.

Commenting on the fair, Glenda Williams, a resident of Farm, said the event was valuable because there was a lot of previously unknown information available. She thanked Jamalco for organising the event.