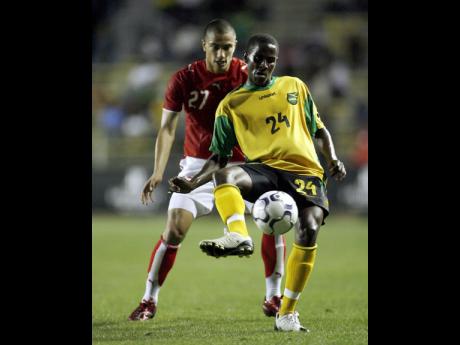 The Gleaner has been reliably informed that national representative Lovel Palmer has been offered a contract by Houston Dynamo, to represent them in the US Major League Soccer next season.

However, the source pointed out that terms of the contract are still being finalised between the Dynamo and Palmer's local team, Harbour View Football Club (HVFC).

Palmer, who is on his second trial stint with the Texan team, played his final trial game against Chicago Fire on Thursday, which ended 1-1.

The versatile Palmer, along with Tivoli Gardens striker Navion Boyd, went on a two-week trial stint at the club in late February.

However, last week Palmer was asked to return for a second trial, after impressing the Dynamo's coaching staff in his previous stint.

The 25-year-old Palmer has played on the national senior team on 12 occasions, the last of which was a 2-1 defeat against South American powerhouse Argentina in Mar del Plata last month.

A former St Elizabeth Technical High School daCosta Cup standout, Palmer has so far scored three goals in the Digicel Premier League this season. When contacted yesterday, Clyde Jureidini, general manager of HVFC, said he was aware that the Dynamo are interested in Palmer, but was unaware if a contract had been offered.

A representative of the Texas based-club, who requested anonymity, told The Gleaner that the coaching staff was very impressed with Palmer's performance during his trial.

"He played last night (Thursday) and he played great, and with a few games like that he would definitely be on our team," he said.

"He has been playing well since he arrived here, and I am pretty sure the coaches like what they saw of him."