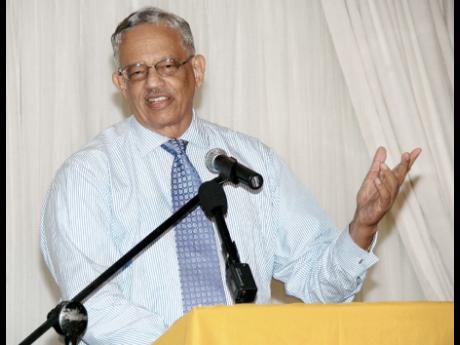 Patrick Rousseau, former president of the West Indies Cricket Board (WICB), believes that talk of a separation of individual islands from the WICB is just that - talk.

According to Rousseau, such a move would require that islands have an infrastructure to administer and produce high-quality cricketers, something which, he believes, if the West Indies cannot do no individual territory can.

"I don't see any of the islands having the infrastructure in place to sustain going it alone. To perform at the highest level, a country needs to have proper facilities, leagues, coaches, etc, to keep producing players of a certain quality on a consistent basis," said Rousseau.

"At present, neither the West Indies, much less individual islands, have these," he added.

Suggestions of individual islands going it alone have been making the rounds ever since Trinidad and Tobago made it to the final of the Twenty20 Champions League in India last year, and Jamaica's recent dominance of regional cricket where, over the past three years, they were crowned four-day champions.

Trinidad's captain Daren Ganga, after the Champions League, said that if all stakeholders of West Indies cricket did not come together to protect the game in the region, individual islands may "inevitably" go their separate ways.

Chris Dehring, who was managing director and CEO of the 2007 ICC Cricket World Cup, while not calling for a separation, said the West Indies' current problems, along with the advent of Twenty20 cricket, could result in islands going their separate ways in the future.

"I think the Jamaica Cricket Association (JCA) should always keep one eye on the possibility," said Dehring in response to JCA president Paul Campbell's announcement that Jamaica would forever remain a member of the WICB.

Campbell and Dehring made their pronouncements in two Gleaner exclusives.

"We love West Indies cricket and want it to survive for historical reasons, but at the same time all administrators need to keep looking for opportunities and trends," continued Dehring.

"If you are thinking in a 15 years onwards time frame, there is every reason to believe individual countries within the Caribbean could be able to compete internationally at Twenty20 cricket on their own," he added.

But according to Rousseau, he is not in support of separation, now or in the future.

"A programme of separation like that would probably cost about US$2 million or $3 million a year, which is roughly what the Jamaica Football Federation needs to run football. And if football can't get it, how is cricket going to?" Rousseau asked.

"I think we are fooling ourselves because of the Twenty20 success of Trinidad and Tobago, and the big money that is involved in Twenty20 in the IPL.

"What if Trinidad was to get to the next Champions League tournament and get kicked out in the first round, would everybody be saying what they are saying now?" he continued.

"If we were to separate the West Indies would lose its Test status, individual islands would eventually be humiliated, and we would gain nothing," he concluded.