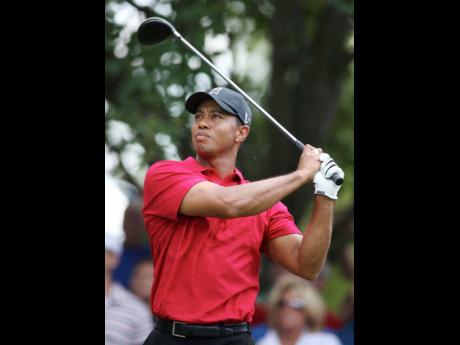 Tiger Woods intends to remain out of golf at least until the Masters, two people with knowledge of his plans told The Associated Press on Thursday.

Woods has been practising at Isleworth near his Orlando home the last two weeks, and swing coach Hank Haney flew there during the weekend to work with him. That led to speculation Thursday he was close to playing again.

The two people, who spoke on condition of anonymity because only Woods is supposed to release such information, say he is likely to play first at Augusta National in April.

Woods twice has gone nine weeks without competing before showing up at a major. The first time was in 2006, when he didn't play after the Masters while coping with his father's death, then missed the cut in a major for the first time in the United States Open at Winged Foot. Two years ago, he was out with knee surgery until winning the US Open at Torrey Pines on a shattered left knee.

Cheating on his wife

Woods has not played since November 15, when he won the Australian Masters in Melbourne for his 82nd career victory. Twelve days later, he crashed his sport utility vehicle into a tree near his Florida home, setting off shocking revelations that he had been cheating on his wife.

In his first public appearance February 19 at the TPC Sawgrass, he apologised for his behaviour and confessed to having extramarital affairs. He said he would return to golf and that "I don't rule out that it will be this year".

There have been signs during the last few weeks he was getting closer.

Woods returned from family therapy in Arizona on February 28 and began getting into a routine of fitness and practice. Haney was working with Woods on the practice range earlier this week.

Mark Steinberg, his agent at IMG, came to the CA Championship at Doral this week to do business - Steinberg also is the managing director of golf for IMG, which conducts numerous tournaments around the world.