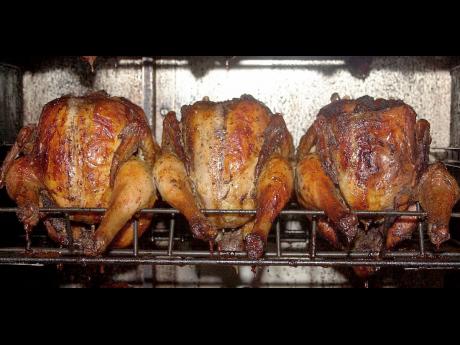 Some of us have a peculiar way of using words. Go back to the last two instalments of this column. 'Scobeach fish', 'tramp car', 'ginger bear', etc, are some of the strange phrases you will find therein. The author of such unconventional terms is an aspiring 'collomist', and she is not claiming to be the best writer of the English language.

This brings us to a former member of the lower house who, upon being elevated to a certain office, stood in Parliament a few years ago, talking about, among other things, accepting his new responsibilities with 'great humiliation'. It was a classic case of malapropism (the misuse of a word through confusion with another word that sounds similar, especially when the effect is ridiculous).

However, nobody deserves the title, Mr Malaprop, more than a friend of mine, and you cannot correct him, because he will tell you how much of a show-off you are. I hope he's not reading the paper today, for I really have to share with you a few of his gems.

The first time he visited my home, he did a quick survey and inspection. In the process, his eyes fell upon a contraption above the entrance door. Pointing to it, he asked, "Is that your fire distinguisher?" Stifling a laugh, I replied, "Yes, it distinguishes the fire."

Another time he called to say he was going to the supermarket and wanted to know if I needed anything. I told him to get some chicken. He asked, "Yuh mean the rotary chicken?" I said, "I want neither Kiwanis nor Rotary, just get me some rotisserie chicken, and I will pay you back." He said he didn't know of any rotisserie chicken, so I explained to him. He said, "Oh, the ones that spin in the greasy oven?"

'Then, nuh rotary that!" he retorted.

But the one moment I couldn't keep my laughter in was when he went to see this particular play, and called to say how much he enjoyed it, and that the "crickets" were out in their numbers.

I asked, "So where was this play?"

"So why were crickets there?" The laughter was coming.

"Why crickets go to plays?"

"But crickets don't go to plays, they live in bushes and chirp." The tension was now building up fast.

"But, you said crickets!" The laughter was at my throat.

"Yes, the ones who tell if the play good!" I could not keep it any longer.

"Then nuh the same thing!?"

"No, a ..." I started to explain, before I could finish, I was once again chastised for "trying to be a Mr Know-it-all". This was from a man who strongly believes the moon is going to turn to blood in the last days.