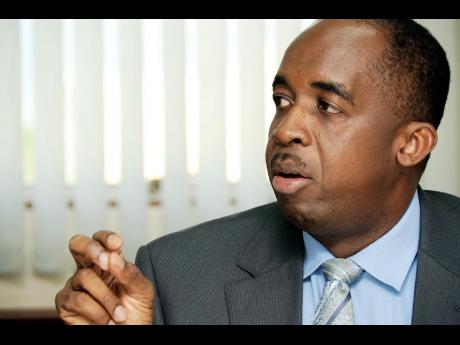 The event, billed Awards Ceremony, was held on the 17th floor of The Jamaica Pegasus hotel in New Kingston.

"Now, it's 16.95 per cent across the board for motor-vehicle loans on vehicles from one to seven years old," said Patrick Hylton, NCB's group managing director.

When quizzed whether his organisation would consider readjusting interest rates due to growing competition, Hylton said:

"There are other elements that add value apart from the interest rate. There is the ease in processing and the incentives."

He added that his organisation keeps both eyes on the market.

"We are always in dialogue with dealers ... it is a continuous process," he said.

Charmaine Wright, NCB's marketing manager of wealth and business, told Automotives that its arrangement with auto dealers began in 2006.

"We have given them tangible support," she said.

She was unwilling to state how much auto loans contribute to the organisation's revenue but disclosed:

The New-car Auto Dealer of the Year 2008-2009 Award went to Toyota Jamaica while the Used-car Dealer Award for the period went to Auto Channel Limited.

The New-car Auto Dealer of the Year, First Quarter of 2009-2010 went to Toyota while Crichton Automotive Limited took the Used-car honours.