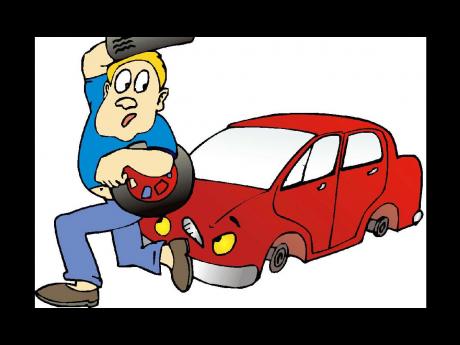 These were the words of Kenute Hare, director of the Road Safety Unit, who woke up recently to the shocking reality he had been the victim of a car theft at his Havendale address.

"I woke up 6:00 a.m. and saw the spot where I parked my vehicle empty and my gate wide open," Hare explained.

"You spend a lot of resources to ensure you secure your things and for criminals to come and take it, is not nice at all."

Hare said his red 2000 model Honda CRV Milano was equipped with a car alarm but he believes that it was disengaged.

Superintendent of Police in charge of Flying Squad, Cornwall 'Bigga' Ford, said car thieves can steal vehicles anytime, anywhere and from anyone. He urged car owners to "squeeze the belt" and invest in security features to protect their investments.

"We have noticed these criminals are starting to target plays, plazas and even university campuses. Anywhere there is mass gathering with lots of cars is a target area for these criminals," he told Automotives.

The superintendent encourages owners to carry parking tickets with them when leaving the vehicle. This added security measure would ensure if a thief gained access to the vehicle, it would not be permitted to leave the premises.

Ford, a 30-year veteran of the force, revealed that the installation of a hidden kill-switch is a good way to minimise the possibility of car theft.

According to previous reports, the most common vehicles stolen are Toyota Corolla, Hiace and RAV-4, Nissan Sunny, Honda Civic and Accord, Mitsubishi Lancer, Suzuki Swift and Vitara.

Ford advised that in the nights motorists must park in well-lit areas and, if possible, at a position where the vehicle can be easily seen or heard if the alarm were to go off.