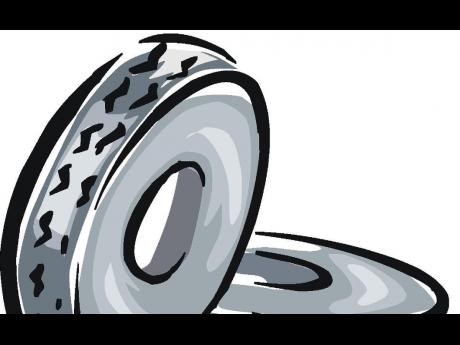 Driving on a dark road in the middle of the night can be a scary experience, if driving alone ... well, without the company of a spare tyre and a jumper cable. Bus driver Michael Gordon explained that a spare tyre is just as important as a licence — something he would not drive without.

"A spare tyre is like part of the vehicle or like my driver's licence because I believe you can't drive without it," said Gordon.

"The road is unpredictable and you can't really guarantee that you won't be the victim of a flat tyre," he continued.

Gordon, who has been driving a public-passenger vehicle for a decade, said that jumper cables were optional.

"Jumper cables are optional because if you drive a standard vehicle, you can always give it a push start. The cable becomes necessary if you drive an automatic," he said.

Mechanic Rohan Park, however, does not favour relying solely on a push-start.

"I would not encourage a driver of a standard vehicle to push-start too often. The practice can eventually damage the engine mounts. I only encourage this in emergency cases. It is better to get a jumper cable," Park told Automotives.

He advised if owners have to regularly push-start their vehicles, the cause could be either the alternator or battery.

Park added: "Having a spare is useless if you don't have a jack and a lug tool, so they are also important."

The mechanic added that there are persons who are afraid to give other motorists a jump-start because of fear of being robbed or having their vehicle's electrical circuit damaged.

Pastor Lester Finnlayson believes some of the persons driving without the essentials - jumper cables and spare tyres - do so unwillingly.

"These drivers know these things are important but, because of their financial situation, they drive with a dependency on other motorist," he said.

Park explained that not having these equipment make motorists very vulnerable on their journey.