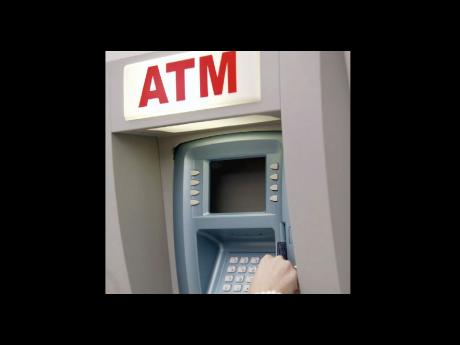 With commercial banks having either upped their transaction fees or having signalled their intention to do so, the country's two stand-alone building societies, in a bid to pull business from the banks, are highlighting some services they still offer for free.

But Jamaica National (JNBS) and Victoria Mutual (VMBS), which, like the banks, also face the prospects of significantly lower interest income from investments in Government of Jamaica securities, are not ruling out fee hikes of their own, even as they seek advantage in being closer to customers in communities across Jamaica.

Jamaica National, in its drive to woo new customers, has ratcheted up promotion of its charge-free bill-payment service, automated teller machine (ATM) transactions, point-of-sale purchases, and a 20 per cent discount on motor insurance with its affiliate, NEM.

Leon Mitchell, JN's group marketing, promotion and sales executive, told Sunday Business that his company, the market leader with total assets of more than $83 billion at September 2009, placed no limits on the number of transactions customers perform for free, nor are there any minimum account-balance requirements.

But members are limited to five free bill payments per visit to a JN teller.

Freebies available to VMBS members include free transactions at any ATM on the Multilink network using the VM Express 24 card, free point-of-sale transactions, charge-free foreign-exchange drafts, no charge for deposits or wire transfers up to limit, and free transfers between accounts. It is also trumpeting its no fees on dormant accounts and cheques in any currency, as well as no charge for withholding tax certificates to the Income Tax Department.

Like JN, VMBS said there are no transaction limits account-balance requirements for members to take advantage of the free services.

It is also offering in-group benefits, such as discounts on the use of Victoria Mutual Business services, such as its property and insurance units.

By contrast, Bank of Nova Scotia Jamaica (BNS) has about 107 user fees on its schedule, including monthly account-servicing charges, fees for cheque leaves, standing orders, money orders and loan applications.

A transfer or withdrawal from banking accounts costs regular savers $30.30 at BNS, and now when credit or debit cardholders use plastic for point-of-sales transactions, they will be billed $10, where no fee existed up to last year.

In 2009, National Commercial Bank of Jamaica (NCB) had about 297 user fees, which it detailed in a 13-page publication, with 89 fees and charge rates for credit cards alone.

But the building societies may not be able to hold strain on user fees for much longer.

Carlton Barclay, assistant general manager, JN finance, administration and planning, said the company was reviewing its no policies on fees and charges. "In general, some of our fees are currently under review, but as a mutual organisation, one of our main goals is to minimise fees to our members" he told Sunday Business.

Vivienne Bayley-Hay, vice president for group marketing and corporate affairs at VMBS, said her firm, too, was currently reviewing its fees but had so far taken no decision on the matter.

Commercial banks are bracing for huge interest-income fallout from the $119.83 billion in Jamaican and foreign currency Government of Jamaica (GOJ) bonds they reportedly held at September due to falling interest rates and the Government's debt-exchange programme.

NCB reported last month that its exposure to the lowered coupons was in the region of $80 billion, although its stated take-up of the GOJ instruments at September, according the BOJ report in December, was around $64.5 billion.

Building societies, too, which the central bank said held a total of more than $18 billion of investment in GOJ securities at September, will be hit hard by the debt swap and tumbling rates.

Among them, JNBS held the lion's share of $8 billion in domestic bonds and $2.99 billion in foreign-currency securities.

Both JNBS, with its 1.2 million members, and VMBS, with more than 700,000, are pushing what they are describing as community banking, to make greater inroads in signing up new customers and generating more revenues.

Mitchell of JN said his company is strategically positioning itselfto increase client base this year through a focus on underserved market segments, including lower-income communities in the inner-city and rural areas.

"In recent times, this effort has been increased with the introduction of mobile business development and relationship sales teams, whose primary objective is to provide convenience and meet the needs of members wherever they may be," said VMBS' Bayley-Hay.