PUBLIC AFFAIRS - A matter for the courts 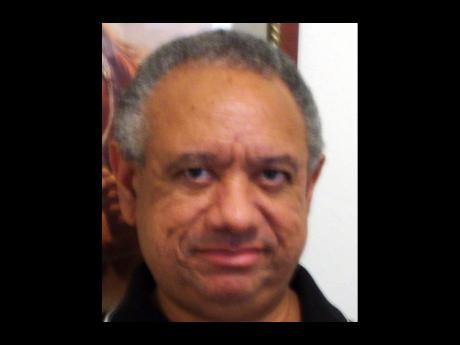 A lot of desperate drivel has been recently spoken and written regarding the relationship between the Extradition Act and the Interception of Communications Act (IOCA). It is time to give those of us inclined to accept reality the opportunity of a careful analysis of both.

The Extradition Act first establishes an "extradition offence" (section 5), which is simply one which is listed in the Extradition Treaty and is also an offence in Jamaica. So, the first item on the check-list is to look at the indictment. Is the fugitive charged with an offence under a foreign law that is not an offence here (e.g. adultery in Iran) or is it something that we also consider criminal, such as murder or drug or gun-running? Don't be confused by the use of "fugitive". it includes somebody to be charged with an offence.

OK so far? Moving right along.

Section 6 explicitly provides that any person "found in Jamaica" who is "accused of an extradition offence" may be arrested and returned to the requesting state (say the United States) "as provided by this Act" (not any other act: not the Evidence Act; not the Offences Against the Person Act; and definitely not the IOCA). Moving right along.

What does "this Act" provide? Section 7 (1) provides that a person shall not be extradited if it appears to the minister (or to the court on an application for habeas corpus) that:

(a) The offence is a political offence; or

(b) The offence is a sham and the real purpose of the request is persecution because of race, religion, nationality or politics;

(c) The fugitive might be denied a fair trial because of his race, religion, nationality or politics (not because of perceived flaws in the evidence gathering process);

(d) The offence is statute barred in the requesting State; or

Anything there? Of course not. Moving right along.

Subsection (2) of section 7 provides that a person "shall not be extradited" if it appears to the minister (or the court on an application for habeas corpus) that the person would be entitled to be acquitted in Jamaica on the basis of double jeopardy. In other words, has he already been tried for the identical offence in Jamaica and acquitted?

Now that we are clear on the only reasons for an extradition to be absolutely barred ("prohibited"), we come to the process itself. Section 8 (1) provides that the minister's authority to proceed is the first necessary step.

Subsection (2) of section 8 provides that the USA must provide the minister with a warrant for the fugitive's arrest issued in the USA; particulars of the person to be extradited (name address occupation etc); the facts upon which and the law under which he is accused; and (here it comes) "evidence sufficient to justify the issue of a warrant for his arrest .... "

Now, let's look at this carefully. Please note right away that a distinction is made between the "facts" upon which he is accused (which might well include, as it does in almost every criminal investigation, information that could ultimately prove to be inadmissible in court), and "evidence" sufficient to justify a simple warrant for his arrest.

An arrest is not a conviction, and it is no part of the purview of the political directorate at this point to be examining the evidence with a view to deciding on its ultimate admissibility in court or probative value. Is it enough that this man can be arrested? Thereafter, let the court decide, at an extradition hearing (similar but not identical to a preliminary enquiry in our criminal-justice system) whether the same "evidence" is sufficient to justify a trial, in which event an extradition order will be made.

Subsection (3) of Section 8 mandates the minister, "upon receipt of such a request" [that would be a request with the added particulars set out in Subsection(2)], is to issue the order to proceed "unless it appears to him that an order for the extradition of the person could not be LAWFULLY made, or would not be LAWFULLY made in accordance with the provisions of this Act." (my emphases).

Due to the oral excesses of our chief servant on this matter, we need to examine these words very carefully indeed. The first thing that is clear is that the act is making an exception to the requirement to proceed where an extradition order would be barred (see the details above), not where one might be wrongly made because some judge commits an appealable error (e.g. admits inadmissible evidence).

In other words, if one of the earlier listed bars to an extradition order ("A person shall not be extradited if...") like persecution due to race, religion or politics, double jeopardy, etc, "appears" to the minister, he is to refuse the authority to proceed. But, once an extradition order can be lawfully made regardless of how many errors of law might be made in the judicial process, Minister Pontius must wash his hands of the matter and call in the cavalry in the form of an independent judiciary who can't be accused of trying to protect a political don.

Now, let's take a brief look at the wholly irrelevant IOCA. Nowhere in that act is any evidence rendered inadmissible. Prior to the passage of this act, Jamaica had adopted the English common-law rules on the admissibility of illegally obtained evidence, which is to say that, if relevant to the charge, it is very much admissible in Jamaica. Nothing in the IOCA attempts to change or derogate from that rule. What happens is this: All evidence, however obtained, must be proven to be both authentic and relevant to be admitted at a trial. Litigants, especially in criminal cases before reasonably recent amendments to the Evidence Act made it a little easier, had a warm time (with the rule against hearsay and other rules of admissibility) proving that a tape recording of anything, including from a tapped telephone, was authentic. Anybody can produce a cassette tape. Where did it come from?

Was it from the phone in question? Was the phone working? Was the tape machine working? The bottom-line query is: Is this tape a true recording of the telephone conversation you want me to listen to, or is it an edited version? Most recordings flounder on one shoal of authenticity or another and so are excluded from evidence. What the IOCA does is it creates a legal process whereby recordings from telephone conversations intercepted using the process set out in the act can be admitted into evidence without having to jump these hurdles or through these hoops of authenticity and origin.

The IOCA creates a new category of admissible evidence and does not exclude any category previously known to the common law. Section 3 of the act does create a new offence, that of intentionally intercepting telecommunications, but this offence is not a strict-liability one and there are several statutory exceptions (including one similar to the rape defence of honest belief that the person having intercourse had consented) and so it is not clear as to whether or not a particular tapping of a particular telephone breaches the IOCA until there is a judicial enquiry into the event.

In any event, a breach of this provision would only make the offender liable to face a separate criminal charge (illegal telephone tapping) and not necessarily render the evidence gathered by his illegal activity inadmissible in a separate trial against one of the conversationalists (maybe charged with murder) in which the recording is found to be both authentic and relevant.

But, I suppose it is OK to record telephone conversations secretly and put them in evidence in Jamaica if the defendant is Kern Spencer but not if he is 'Dudus'. Do we even know if this evidence was unauthorised in the US? Why not ask a Supreme Court judge to rule on it? Of what (or whom) are we afraid? Who is our shepherd?

So, to sum up: Once there is a genuine charge (no subtle racism, jingo or political victimisation); once double jeopardy doesn't apply; once there is enough evidence to warrant an arrest (not a conviction), it is not a politician's decision to make. The matter belongs in the courts. The IOCA is completely irrelevant to the issue of the minister's duty in the extradition process.

There is nothing noble or patriotic in the prime minister's stance. His gratuitous threat to his own minister of justice to fire her if she signs the order only exacerbates what is already a foolhardy approach and exposes to the USA where the real stumbling block is in the Government. Watch out, Driva! Ostriches, who have eyes to see, stick their heads in the sand. Trinidadian prime ministers with ears to hear turn off their hearing aids. Apparently, the preferred diplomatic technique of MPs for a certain garrison is the wearing of "blinds". It must be contagious.