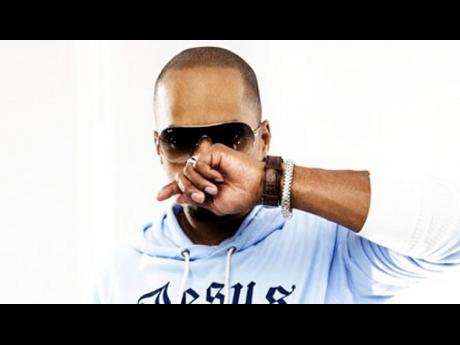 Years ago international gospel singer Kirk Franklin stomped on to the music scene and asked Do you want a revolution? Today, it's still his unwavering cry.

As the anticipation mounts for Saturday's Best Dressed Fun In The Son at Jamaica College, Franklin and his camp have their spiritual gas pedals ready for blast off.

"I'm coming March 20 and I'm excited about it," said Franklin. "I've got the whole crew coming, got the whole band, singers, we gonna have a Holy Ghost party. It's going down onstage and we're just gonna lift up Christ. We're gonna dance and just celebrate life and celebrate grace and mercy. And I want y'all to come out. It's gonna be crazy, it's gonna be bananas and we gonna give God all the glory."

The event celebrates its eighth year and though Franklin has both visited and performed in the island on numerous occasions, this will be his first time performing at Fun in the Son. The free, premier gospel event attracts more than 15,000 persons from a wide cross-section of society each year, many of them teens.

In reference to the youth, Franklin said, "Right now a lot of people are turning away from God ... and they are going for the fame and the riches and the sex and for popularity and it's hard to think that those things are never gonna end, and that you can just live like that forever, but that's not the case. Those do end very soon and we just want you to know that there is a God that has a Son that He gave and formed in his image, that loves you, and if you just allow him to be number one in your life, that the pain and the sorrow and the agony that you go through in life, that He will start to heal those areas and speak to those areas if you only give Him a chance."

Passionately spoken, and with reason. Franklin grew up in Fort Worth, Texas, with his aunt after he was abandoned in infancy by his mother and absentee father. Taking refuge in Christianity and God soon became Franklin's pillow of choice. Not only did his faith offer him solace, but so did music, he soon discovered.This unyielding love for all genres and facets of music, imbibed with faith, has created a man who today stands tall with a catalogue of inspirational hits ranging from Stomp, Imagine Me, Revolution, Now Behold The Lamb, I Like Me, Hosanna and a host of others.

Prior to arriving in the island, Franklin will be wrapping up a number of projects, including the BET hit series, Sunday Best. The BET gospel-talent show gives aspiring gospel singers across America the opportunity to compete and showcase their vocal abilities while inspiring others. The performers are then assessed by a number of celebrity judges and the winner crowned Sunday Best.

"We are shooting the third season for that show ... we're just trying to do things to please God and touch people and I'm very excited about coming to Jamaica. I've been (to Jamaica) several times and it's just a blessing to be able to come back," said Franklin who hosts the BET series.

In addition, he also recently released the riveting single, Are You Listening?, in the immediate aftermath of the devastating earthquake in Haiti which killed more than 200,000 persons and injured thousands more.

Jessie Hurst, Franklin's manager of 12 years, in a separate interview, said: "What happened in Haiti was tragic. We were on our way to the Stellar Awards in Nashville, Tennessee, when it happened. Since the gospel community was already gathered together, Kirk wanted to do a song given to him from God. All his peers were already there, so they all came together to do it. The project features persons like CeCe Winans, Fred Hammond, Yolanda Adams, Marvin Sapp, Mary Mary, Donnie McClurkin, Shirley Caesar and so many other people.

"We got the opportunity to record it down there and we also did a video for it while there. We felt it was an opportunity to give back and we felt a need to reach out and try to comfort people. When it was released, the response was incredible - the downloads, the plays. It has really gotten a great response," said Hurst, adding that the single is now available for purchase on iTunes.

On Saturday, Franklin will share the stage with some of Jamaica's best-known gospel artistes including Papa San, Carlene Davis, DJ Nicholas, Goddy Goddy, Omari, Sister Scully, Sons Of The Prophet J. Lee among others.