What hope for inner-city youth? 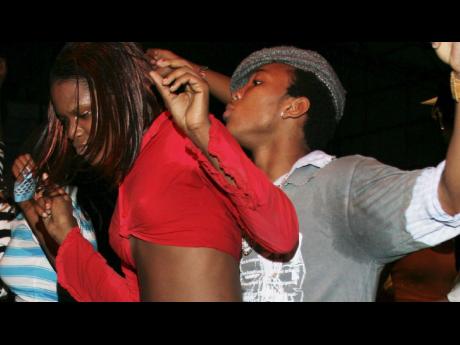 Dennis Chung has abandoned the usually narrow economistic concerns of financial analysts and is focusing almost exclusively these days on Jamaica's urgent need to fix our social problems, particularly crime and the lack of respect for public order. That's priority number one for Jamaica, not balancing the books.

But people on both the political right and the left have been cynical and dismissive about centre-staging issues of values and attitudes, as well as social and cultural transformation. As Wilmot Perkins will tell you, it is needless to tell people about the virtue of behaving ethically and resisting corruption when they are starving and see no legitimate means of survival. The raw instinct of self-preservation kicks in.

Concerns about 'public order', some would say, reflect the class-culture biases of people. Upstanding Brother Jones might be disgusted at the music blaring from the sound system up the road every weekend, but that's the only way some people can "eat a food" and send their children to school. Martin Henry might regard as "chaka-chaka social behaviour" people's erecting stalls in neigbourhoods to sell various things, but if the economy is not producing the promised "jobs, jobs, jobs", does Henry want people to steal, some would ask in annoyance?

The Jamaica Urban Transit Company (JUTC) needs to earn money to come off the national Budget, but the people being laid off also need to earn a living, hence the necessity for illegal taxis in an underperforming economy, some would opine. Moralising about transactional sex among young girls makes little sense, some offer, when they cannot find money to fund their evening classes and cannot find jobs to eat. Teaching values and attitudes to them is a complete waste of time. What we should do is to fix the politics and the economy so that enough jobs can be provided to give these girls independence.

Likewise, preaching to young inner-city men that they need to be "responsible" and "exercise discipline and self-control", when they have nothing to do all day, live in filth and squalor, and are treated as such by the police and other public authorities, is pie-in-the-sky rhetoric. This is the reconsidered opinion of many. So when people like me, Martin Henry, Esther Tyson and Kevin O'Brien Chang talk about the blight of fatherlessness and the need for values and attitudes, we are dismissed as well-meaning but misguided 'preachers'.

"It's the economy, stupid", say those who accept purist versions of capitalism and Marxism. The latter is known for its explicit and doctrinaire privileging of the economic base over all superstructures. It is the economic conditions of human beings which determine their existence, not their ideas.

For orthodox Marxists, it is "objective material conditions" which determine existence, not idealistic views. No wonder Marxists ridicule values-and-attitudes campaigns, seeing them as a bourgeois cop-out, a kind of "blaming the victims" and labelling them immoral, lazy and culturally deficient when "the system" has crushed them through "exploitation and wage slavery". An orthodox Marxist will tell you that people like me, Dennis Chung, Henry, social worker John A. Maxwell and others are wasting our time (and valuable newsprint ) focussing on issues which are really peripheral to the overarching matter of "the nature of our political economy".

More popularly, the capitalists still hold out their free market, neoliberal panacea of industrialisation-by-invitation for developing countries like Jamaica. And, they do so, like so many religious fanatics, in spite of the abundance of the empirical evidence to the contrary.

Just a few days ago, the Inter-American Development Bank (IDB) released an eye-opening research paper titled Productive Development Policies in Jamaica, which outlines the failure of Jamaica's industrial-development policies over the last 50 years.

You still hear private sector people talking about the export, foreign direct investment (FDI) utopia. Wilmot Perkins' mantra, every day, is still that we need investment to get production going. I wish it were as simple as that. In this IDB paper, we read the following: "Jamaica seems to be a puzzling case for economic growth, despite the macroeconomic and structural reforms implemented in the last three decades and investment at levels sufficient to permit an average annual growth rate of four to six per cent, the current gross domestic product (GDP) per capita at constant prices is roughly the same as it was in 1970."

This Jamaican phenomenon of high investment-low growth has been known for some time and has also been highlighted by the World Bank and the International Monetary Fund in papers before, but many who speak and write keep rehashing ignorance.

For those who stress the narrowly economic over the social and cultural, the following quotation from the study is instructive: "The Global Competitiveness Report (2008) includes the results of an executive opinion survey on the most problematic factors for doing business. In the case of Jamaica, respondents indicated that criminal activities, which necessitate high-security expenditures, appear to be eroding the competitive advantage of Jamaican enterprises." So Dennis Chung might be on to something, after all.

We are often told by private sector apologists here that our problem of underproduction has to do with inadequate incentives and low investment. Absolutely not true, according to this IDB study. "Actually, investment rates are high-averaging 25 per cent of GDP in the last 15 years - as Jamaica has been attracting FDI through a flawed tax system that favours capital expenditures, even when they are not very productive."

In the meantime, our human capital is not incentivised.

Productive Development Policies in Jamaica says further: "Human capital constitutes a special concern. Jamaica has severe problems forming and retaining human capital. The economic stagnation experienced by the country in the last three decades, and the increased incidence of criminal activity, have stimulated greater levels of emigration which has led to the loss of a significant portion of the most skilled labour force to the US and Canadian markets. This loss of human resources, which is not easily replaced at the same level of proficiency, retards the growth of labour productivity". Yes, Dennis, you are right in your recent emphasis!

So it's not just the economy, stupid. Social and human capital are crucial.

We have seen the failure of capitalist development in Jamaica, as well as the failure of the socialist experiment in the 1970s. What do we do? We don't have the money for adequate social-intervention programmes.

Say you are in Rema, no job, no CXC, no friends in high society, no hope. You are bombarded with dancehall music everyday, which tells you that unless you have this or that name-brand, you are nothing. You have to floss, bling or else you are nothing. As a girl, if you can't "model on a gal", you have nothing.

You are seething with anger, resentment and frustration.

One variety of Marxist utopians will tell you, if you ever get to meet any of them, that your national economy has to pass through a certain phase of capitalist exploitation (read accumulation) before it can get to the stage of socialisation for you to be rescued. Don't hold your breath, for this underdeveloped economy has some more years of contraction and compression to undergo.

Another set will tell you that you must rise up against your capitalist government and press them to renounce the debt, but you know seh ghetto youth love the bling and "nuff things" of capitalism, so you can't get youth and youth to get excited about that.

What are you to do? What will make a difference to you right now, today? It will make a difference whether you adopt a positive, can-do, optimistic spirit. A spirit of resilience. No, I am not talking about magic but perhaps what some social scientists call "magical realism". If you don't want to call it the "hairy-fairy matter of the law of attraction," let me draw attention to the abundance of scientific studies which show that mental attitudes have a great deal to do with positive outcomes.

There are many inspiring ghetto stories of people who refuse to give in to pessimism and hopelessness, people who decided to make a difference, people who believe they could surmount their circumstances and put certain mental and emotional techniques in place to achieve their goals. I interviewed a remarkable young man from Rema recently. He left St Anne's Secondary School downtown with just one Caribbean Examination Council (CXC) subject. A woman gave him valuable advice: "As a ghetto youth, there were three legitimate ways to get wealth: You have to marry into it, you have to inherit it or you have to get an education to gain it." He said, as a ghetto youth, the daughters of the upper-class business people were not accessible to him. His mother who did menial chores at Kingston Public Hospital could not even afford dinner money many times, let alone to leave back something. So education was the only way. So he exercised faith and registered to do evening classes, even though he did not "see him way".

But he went in, talked to the bursar and worked hard. He decided not to waste any more time. To cut off going to dances for a while and take the books. He later told his girlfriend, when someone decided to pay for him for University of Technology, that he would not be able to spend much time with her because of working and studying.

He made choices. He took the hard road. Today he is a director of finance with many qualifications and studying for his MBA at University of Manchester, from one CXC at a ghetto school. If we could reach more youth in the ghetto like Michael Maragh, and give them the vision he caught, in other words, teach values and attitudes - then perhaps we can solve our inner-city problems, one youth at a time, rather than waiting for capitalist and Marxist utopias.

Ian Boyne is a veteran journalist who may be reached at ianboyne1@yahoo.com, Feedback may also be sent to columns@gleanerjm.com.