Modernisation of the framework for arbitration 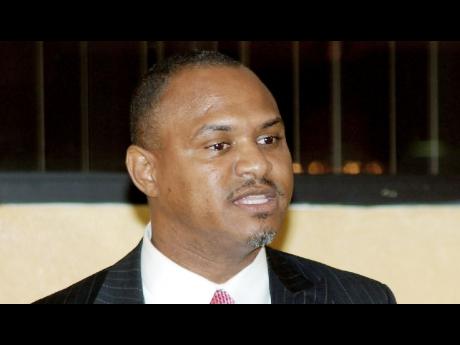 The University of the West Indies (UWI) Faculty of Law hosted a seminar on the need to modernise the arbitration framework in Jamaica. The article below puts the discussion in context.

Arbitration can only be as good as its arbitrators, who are themselves constrained by the regulatory and institutional mechanisms which impact how they practise. Any attempt, therefore, to modernise the Jamaican framework for arbitration must consider the intricacies of the governing law and supporting institutions as well as the capacity of those who serve as arbitration practitioners.

The governing law for arbitration in Jamaica is the Arbitration Act of 1900, which was modelled on the English Arbitration Act of 1889. Since enactment, the Jamaican law has remained in force without any significant amendment and its 'best by' date can no longer be deciphered in an environment where the requirements for arbitration now bear little resemblance to what would have existed in the early 20th century. In short, the 1900 Act is now outmoded and offers limited assistance to current arbitration practice.

For its part, England has long since progressed beyond 1889, and their environment is now governed by the English Arbitration Act of 1996.

Notwithstanding its limitations, the Arbitration Act of 1900 applies to arbitration under any law passed before or after its commencement, except where it is inconsistent with the law regulating the arbitration or with any rules or procedure authorised or recognised by that law. The minister of justice has indicated an intention to reform the law and it is anticipated that any new arrangement will include specific provisions which are able to support modern arbitration practice, as well as the development and maintenance of Jamaica as a viable arbitration centre.

Arbitration practitioners who offer their services in Jamaica are not now required to posses any special qualification. While this approach may have its benefits, as Jamaica seeks to develop and distinguish herself as a progressive international arbitration centre, it will become necessary to underscore the superior or competitive quality of local arbitration practitioners and support personnel. This need has been emphasised by a recent study which concluded that less than two per cent of arbitration involving Latin America and the Caribbean takes place in the region and the main reason for this lack of interest is the perception that available arbitration practitioners are not sufficiently qualified.

Institutional support is critical at two basic levels: capacity-building and administration. While a building with fancy doors as well as comfortable chairs and tables would be attractive, disputants are more concerned about the quality and pace of outcomes. It follows, then, that an edifice is a lower-rung requirement. Accordingly, insofar as institutional support is concerned, any attempt to establish Jamaica as a credible arbitration centre must first focus on capacity-building among practitioners and support personnel.

With respect, those who would now argue the need for an arbitration centre with a building and related trappings at the core of their development plans, would have to be considered short-sighted or not sufficiently aware of the functional requirements of arbitration. Indeed, many examples could be cited of fancy buildings and related infrastructure having been established where, for lack of critical human capacity, the intended development objective has borne little or no fruit. In our case, then, the basic institutional requirements of superior capacity-building and administration must be considered priority, together with such improvements in the legal and regulatory infrastructure as are necessary.

Arbitration and ADR more generally represent much more than mechanisms for the settlement of disputes. They are, in fact, and ought to be recognised as critical components of an enabling environment for economic development and stability.

Commercial arbitration has, over time, become the principal mechanism for settlement of international trade and investment disputes. It is an invariable feature of multilateral and bilateral trade and investment arrangements, as well as regional integration initiatives, such as the Caribbean Single Market and Economy (CSME). Furthermore, foreign investors usually refer their disputes to, and it appears that they repose greater confidence in, arbitration, rather than proceedings in national courts.

Experience has shown that superior arrangements for settlement of disputes are attractive to foreign investors and their investment. It has also shown that superior quality or capacity of arrangements for settlement of commercial disputes involving nationals cause them to repose greater confidence in their activities in the certain knowledge that, when problems arise, they will not have to suffer undue distress from prolonged and unreliable dispute settlement mechanisms.

Arbitration is driven by party autonomy. Accordingly, disputants can, with greater certainty, determine the nature of their proceedings and predictability of outcomes. Properly managed, arbitration can be much more cost-effective than litigation in national courts, and the parties can agree to avoid prolonged appeal or such time-consuming and sometimes wasteful processes.

In sum, therefore, arbitration can become a critical and predictable end-to-end process management component of any business. It would then result in significant cost savings, with consequential benefits for business stability, as well as profitability and, by extension, economic development at the national level.

The Mona Law Institute (MLI) has been established with an overriding objective to offer capacity-building support, wherever possible, to Jamaica and the Caribbean region more generally, and will then serve as an impetus for economic development. It is of the opinion that the Jamaican framework for arbitration now requires modernisation and, to this end, the MLI organised a workshop to design an implementable plan of action that could be considered by the relevant authorities. The workshop was held on February 18, and the deliberations are intended to culminate in the production of a proposed new Draft Law for Commercial Arbitration.

In designing the workshop, the MLI considered that policy-makers, practitioners, academics, students, and the community more generally all have a vested interest in economic development and best practice. It also recognised that while perspectives and approaches will differ among any group of persons, the contention of ideas is critical and that broad-based or at the very least representative consultation among interested persons should be an integral component of any attempt to modernise the framework for arbitration.

With community support for its workshops, training activities and programme of work more generally, the MLI intends to positively impact policy and implementation initiatives as well as capacity building efforts in the fields of law and development.

This arbitration workshop of February 18 is a first step in this regard and much more is to be expected for the rest of 2010 and beyond.