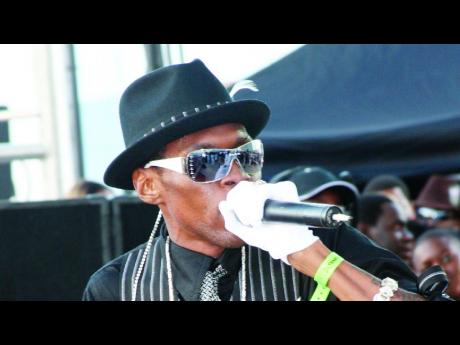 A BARBADOS minister of government has moved to shut out toxic Jamaican dancehall music from his country.

Ronald Jones, the minister of education and human resource development, said the heavy diet of dancehall artistes performing in Barbados is an overkill and doing more harm than good.

"Even though we share the same Caribbean space, it does not mean we have to welcome everybody. Vybz Kartel and Mavado can stay in Jamaica," Jones said.

His statement came a day after the country's police commissioner denied the notorious Jamaican artistes permission to perform in the Caribbean nation.

"As a country, we must say enough is enough," the Barbados Nation quoted the minister as having said.

"This is Barbados. It must not go down the path of some other Caribbean societies. If reaching First-World status means we have to embrace all and sundry, then let us keep the status that we have," Jones added, according to the Nation.

The education minister said there was a linkage between dancehall music and some of the increasingly aggressive behaviour exhibited by young people in Barbados.

"It is saying that we are loud and aggressive, but it is part and parcel of the diet that we are being fed as a people and as a nation. People like the music, so be it. But we don't need the transplantation of all the negativity that comes around that genre of music," Jones said.

Olivia Grange, minister of youth, sports and culture, responding to this latest saga in dancehall, said: "I am concerned and I have expressed concern about the content in some dancehall songs. I believe strongly in freedom of expression, but that comes with great responsibility. We can do without some of the lyrics, not only in dancehall recordings, but soca and hip hop too, and that is why we took steps to clean up the airwaves. This is an ongoing process."