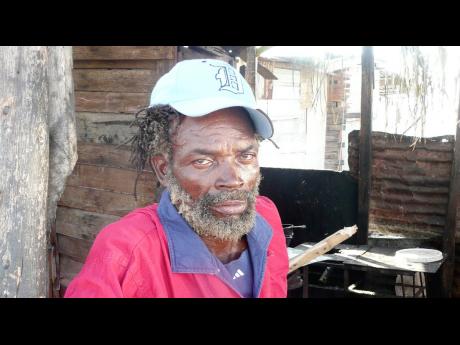 THE ZINC-LINED stretch of the Greenwich Town Fishing Village in St Andrew is abuzz with commercial activity most Sundays, as buyers move from stall to stall looking for the best deal. Fisherman William 'Romey' Anderson is accustomed to this scene; he's been part of it for over 35 years.

"Mi born an' grow inna Greenwich Town, come si mi father as a fisherman," said the dread-locked Romey as he served a cup of piping-hot fish tea. "Wi neva get nuh bag a education but as a fisherman wi build nuff principle."

Romey is one of the many long-standing 'fishers' at the Greenwich Town beach who are getting back to normal after 300 tonnes of sulphuric acid from the nearby Industrial Chemical Company Jamaica Limited (ICC) flowed into the fishing village, killing hundreds of fish and threatening the livelihood of more than 150 fishers.

The National Environment and Planning Agency (NEPA) sub-sequently served management at the ICCJL with a breach notice, requiring them to build an embankment at its facility to prevent a recurrence.

Agriculture Minister Christopher Tufton said he has received claims of $10 million in damages from the fishers. On Wednesday, he told The Sunday Gleaner that he met with a NEPA official, representative for the fishers, South West St Andrew Member of Parliament Portia Simpson Miller and Barclay Ewart, chairman of the ICC, to discuss remuneration.

"We discussed ways to get the fishers up and running and compensation for them," Tufton said. "But there are also legal issues with NEPA, and the Alkali people believe some of the claims are excessive."

Most of the 'workers' at the fishing village say the spill put them out of business for a month. Thirty-nine-year-old Charmaine 'Annie' Wright has been selling at the village for most of her adult life. She says times have been tough since the accident.

"It's been bad, really, really bad," said the articulate Wright, a mother of nine-year-old twins. "Most times wi manage enough to send the children to school."

Wright said she lost just over 678 pounds of fish to the spill and has submitted a claim to the fisheries division. She did not say for how much.

While waiting on the result of compensation talks, the fishers have planned a live show to help raise funds to improve their largely dilapidated surroundings. Titled 'Let's Go And Have Some Fun On The Beach', the event is scheduled there for March 28.

Romey says the initiative will also be used to prove that there is more to fishers than boats and nets.

"I always sey dat fi the length a the beach, fisherman can do other things, like build bed and wardrobe," he said. "All it require is some machinery and people fi teach the youth dem."

Fishing has been the main source of income for people from Greenwich Town for over 50 years, but in the 1970s the area had a thriving underground music scene.

Bunny Lee was the most successful of the music producers there. In tandem with the Soul Syndicate Band, he churned out hit songs by Earl Zero, Johnny Clarke, Max Romeo and Cornel Campbell. The Freedom Sounds label and Corner Stone Records recorded home-grown performers such as Rod Taylor, Phillip Fraser and Prince Alla.

Romey, who is one of the persons behind the March 28 show, is hoping music will again come to his community's rescue.

"Mi jus' hope it will be beneficial to all the brethren dem. At the end a the day it is all about upliftment," he said.