Buff Bay: A cross and a crossing 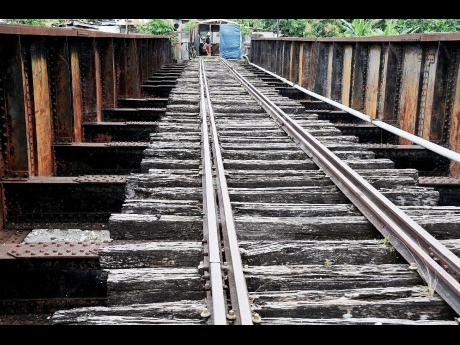 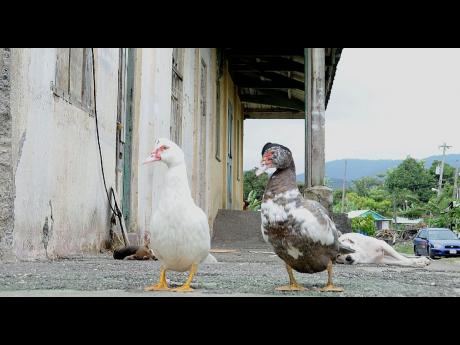 Ducks on the landing at the Buff Bay train station.
1
2

In Buff Bay, Portland, the train line does a reappearing act. Entering the town from the west, heading towards the parish capital, Port Antonio, one of the distinctive all-metal bridges designed to support the enormous burden of regular rail traffic appears adjacent to another bridge that sports the smooth tarmac of the relatively new highway. However, there is no sign of the line before - and closer examination shows why.

It has been buried under progress in road transport. The railway line has simply been covered up. The entrance to the bridge itself is blocked off by an appliance shop, which straddles the space for the line.

A right turn up the road, which leads to Newcastle in St Andrew and on to Kingston (presently impassable because of huge land breakaways), shows the line appearing on one side of a bustling vending area under a stall with pumpkin and other produce, and plunging into obscurity under plastic pans filled with coal. At the crossing, the rails are two darker marks under the asphalt which covers them.

The train station is on the eastern edge of Buff Bay and here there is a cross, as it is written that it is the home of the New Testament Church of God. Ducks and dogs live in sleepy peace on the landing and Carmen Dyer is sitting on a handcart in the station yard, seeming to be bearing crosses of her own.

She says she goes to the church, which has been there "a long time" on Sundays, but does not attend the Wednesday services.

Just as the appliance shop marks one end of the train line's presence in Buff Bay, at the eastern end, someone has established a farm over the rails. It seems to be fertile ground, a few banana suckers doing well between the steel rails and other produce growing in the area protected by a fence composed of wood and even old bed springs.

Roy Lyn's house overlooks the farm, although he says it is not his. He has been close to the trains in another sense for a long time, as, even though they lived somewhere else, he was responsible for keeping the station clean. He says that in one hurricane "the sea dig out the dumping under the line" and that was the beginning of the end.

He remembers: "all when them used to carry banana and them thing there. When a truck come, a scale did over thereso (he points), the driver go over it, them weigh it."

He indicates where the barbed wire fencing at the limit of the train station's yard is above and behind his house, and The Sunday Gleaner asks Lyn if he has not been notified about living on the railway company's land. He replies: "them no come yet!" If they do, he says he would simply have to move.

"Me hear say the thing all a sell out, an what have you. Me a look fe them," Roy Lyn says.