Selling over the line, remembering the 'school diesel' 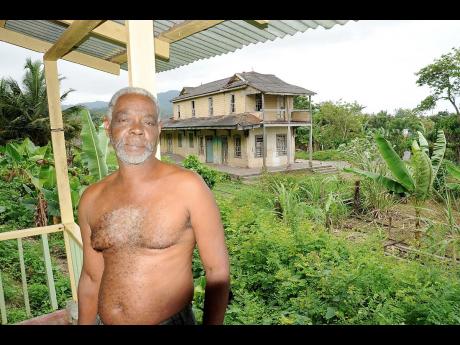 Roy Lyn on the verandah of his home, with the Buff Bay train station in the background. 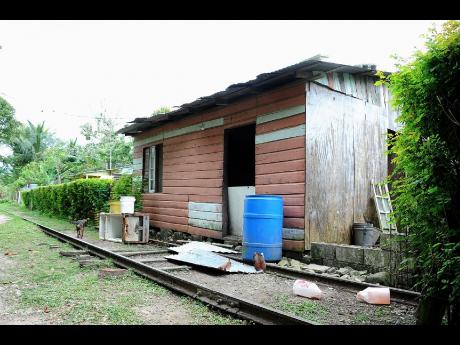 A shop on the line. - Ian Allen/Staff Photographer
1
2

Following the train line from the station back into Buff Bay is a trip into neglect. The rails run from close to gates, through yards, are half-buried by overgrowth and, as they near the crossing across the Newcastle Road, are closely flanked by rusted zinc fences.

Annette Gibson sits on a stool just outside her shop at the side of the road, the rail fewer than 10 inches from the doorway to her businessplace. She has been there for three years, rebuilding after a fire razed the then exclusively shoe store six months after it opened. "I lost everything, about $400,000 worth of things," Gibson said. "When it happen, everybody say Annette going to mad. I just take it with a smile."

She had been looking at somewhere else to set up, but says, "I get this spot and I prefer it." Preference or not, though, she knows that it might not be forever. "So far, nobody come to me. Me only hear rumours say them selling out to the Chinese people. It they come and say that I have to move, I can't fight it. I'm paying taxes yes, but is not mine," she says.

On the other side of the road, where the zinc fences close in once again, Anthony Hayman sits on a rail and remembers when he would take the 'school diesel' to Port Antonio to attend Titchfield High School. He laughs as he remembers the fare - one cent - and says, "only school children ride on it." Eventually, the fare rose to six cents.

In the early morning ("as the cock go 'cow, crow"), as they waited for the 'school diesel', the station yard would be full of people selling fruit to the students. Hayman says behaviour was impeccable on the 15-mile trip to Port Antonio. "Them days you can't be in any conflict. From your parents know, when you go home you get terrible beaten. The man who work on the diesel know your parents and grandparents," he said.

There was a bus service, but the 'school diesel' was cheaper, so students from Boundbrook All-Age, Happy Grove High and other schools preferred to travel by rail. Hayman says that while the students were going east, the farm produce was being sent in the opposite direction. "You have banana a put pon train, you have milk a put pon train," he said, those items bound for Bog Walk and Kingston.

For the return journey, he says, "school end by 4 o'clock. We reach home by seven." There were times when schoolchildren found themselves stranded in Port Antonio, as the 'school diesel' stuck to its schedule. In that case, Hayman says, they would have to make do with a banana truck ride. However, he says, "Sometime the porter wait on we, because is we them get the most money from."