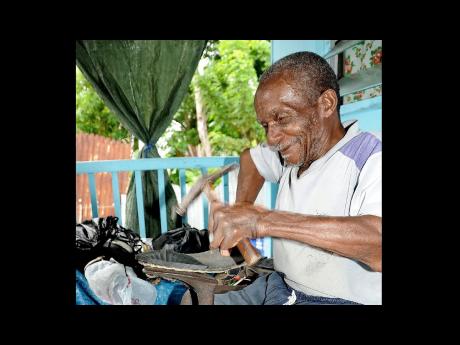 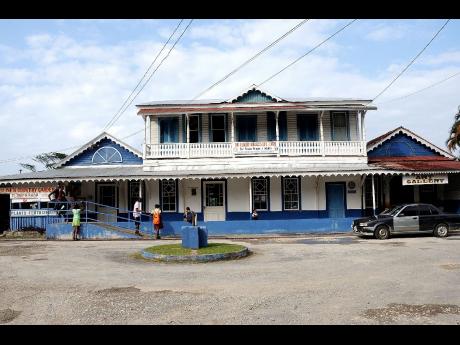 The railway station in Port Antonio, Portland, has been pressed into alternative service. - Ian Allen/Staff Photographer
1
2

The clearest sighting of the train line in St Margaret's Bay is in a three-feet-wide gap between road and open land, dirty water slouching in the channel. The rails are covered by asphalt on one side and earth on the other, and when The Sunday Gleaner asks for directions to the station, there is a guffaw with a pointed finger and a pointed comment.

What's left of the St Margaret's Bay train station is the concrete base. Huge banana trees grow from the earth inside the foundation and there is barely a hint of rail to the side where the platform would have been. Even within that someone has planted a crop, sprouts showing from the earth.

Houses are very close to the line in what was at one point the station yard, fences and concrete meeting steel in some cases. The line is inside Lowell Smith's yard, but outside the dwelling and he tells The Sunday Gleaner that the "railway man say don't build over it, so me give it good space".

"Me get permission. Me no capture. Me is a handicap. Me go to railway man them and them say yes. Them say tru is me them give me, cause me a handicap," Smith said.

Arthritis has thickened his joints and gnarled his fingers and he walks in a stooping gait, the crown of his head scarcely three feet above ground. Still, he works at his shoe-repair trade and shows The Sunday Gleaner work to be done and two bags with finished shoes.

"Me have to help myself, because me have to eat," he said.

He had a workshop by the road before space requirements the highway construction forced him - and other persons - to relocate. He says he was paid and it was from those funds that he built the house near the train line.

Port Antonio is literally the end of the line. Not only in the sense of being the final stop when the trains were rolling, but it is also in the gravest condition of disrepair The Sunday Gleaner has seen in its cross-country train-station hopping.

One can only guess at the full extent of the web of rails close to the station, as the rails are covered by overgrowth, only a path that has been beaten across the wide area revealing hints of the metal network. The most obvious sign that the trains were there is a large metal frame which could have been rotated at one point but seems to be seized up now.

A lady tells The Sunday Gleaner that this was the 'Turntable', on which the engines were placed and turned around to go into the building where they were housed overnight before heading out again in the morning.

Ironically, though, the old train station is in the best shape of any which The Sunday Gleaner has seen so far. It is painted blue and white and houses the Claudia Williams Life Centre for Young People and Adults and also the Portland Art Gallery.

A ramp, down which a young man happily runs his bicycle without effort, is a rare reminder of its original use.