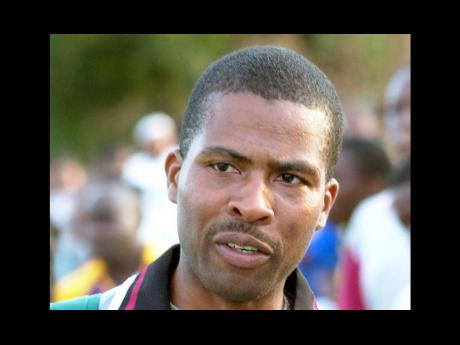 Edwin Allen on Friday showed that they are strong contenders for the girls' title at 2010 ISSA Boys and Girls' Championships, by copping their first hold on the Milo Central Athletics Championship crown at G.C. Foster College.

The girls' champions amassed 371.5 points, 34.5 points more than second-place St Jago. Defending champions Holmwood had to settle for third with 321.5 points, while Vere Technical were a distant fourth with 190 points, and Manchester High rounded off the top five after securing 163.5 points.

Edwin Allen's coach Michael Dyke believes that his team's success at Central Champs will act as a morale booster for the big event.

"Girls' Champs is the thing but it is our first Central Champs title and I am happy about it," he added.

He is, however, mindful that his rivals did not display all that they had to offer, as he thinks the best is yet to come.

Dyke said: "This will motivate the girls very much and give them a psychological advantage regardless of what Holmwood, Vere and St Jago might have in the basket hiding. Everybody came here holding back some of their athletes. Some people have a few injuries here and there so I don't think we have seen the best in every event from all the central teams; the best is yet to come.

"Class One is very close to me, that is my strong class, and I know we are going to do well in that class (at Boys and Girls' Champs). I think in the other classes we will match strides with everybody else. At this point, Champs is wide open to probably five teams," he added.

Despite being dethroned, Dwight Jones, one of the coaches at Holmwood, does not see the seven-time champions suffering a similar fate at Boys and Girls' Champs.

"There is no worry; as a matter of fact, we are even more pleased than worried as we got some surprises from some persons," said Jones.

"We are ready to compete and you will see us in full flight at Champs this year. Our Class Three girls are a special set of girls, and I think they are going to give some special performances at this, the 100th staging," he added.

St Jago boys totally blew away all challengers to easily retain their hold on the boys' title, amassing 313.5 points over the two days of competition. Their closest rivals, Holmwood Technical, finished 133.5 points adrift after securing 180 points. The top five were rounded off by Edwin Allen with 143.5 points, Manchester High, 84, and Vere Technical, 58.

"I am happy but humble about it (winning) because we came here to do an assessment and I think this meet has played a real vital role in my assessment of my athletes," said Hawthorne. "St Jago are number one every time, and I know that we are going to go out there (Boys and Girls' Champs) and give a good showing and, hopefully, we might just be able to improve on our standing from last year."