Robert Trotta: No need for Plan B 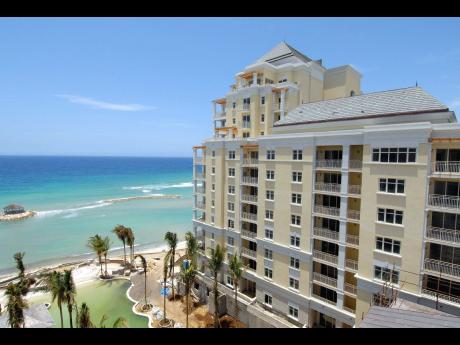 The Palmyra Resort and Spa in Montego Bay, St James. 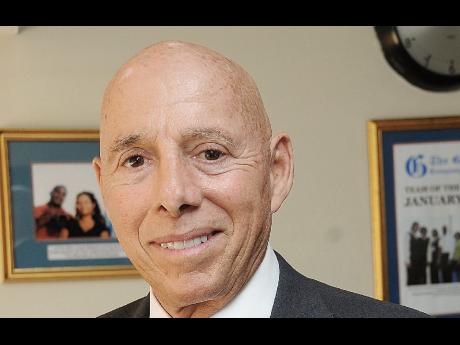 Palmyra Resort and Spa's developer Robert Trotta may be one of the world's premier resort develop-ment builders, but he had a Plan B just in case.

"I would probably have been teaching history somewhere," joked the Long Island, New York man. He was killing time on Thursday with The Gleaner, after a luncheon at the company's North Street office. He was pretty sure real estate would help him make a mark.

"My father owned a small construction company and I liked the smell of dirt - honestly! And so I always wanted to build things," he recalled.

He started working in real estate in the United States, but it was when he took over a project in Spain in the early '80s that his stock rose. The founder of Resort Properties Group in 1983, he soon branched out with the addition of several high-end residential complexes and has enhanced the portfolio further through the development of condo-hotel residences and luxury hotels.

He is a pioneer of timesharing, a form of ownership or right to the use of a property. Multiple parties hold rights to use the property, and each sharer is allotted a period of time (usually a week or two every year) in which they may use the property.

"People can come to a place like Jamaica for two weeks at somewhere they own and don't have to worry about the place for the next 50 weeks. It really gives you full occupancy because if people buy it, they'll come and use it."

Trotta is also recognised as bringing the vacation ownership holiday concept from the US to Europe in 1984 with Palm Beach Club. The group now has 13 different resorts and more than 3,000 luxury units in five different countries. It has sold more vacation ownership resorts and whole ownership condominiums than any other single company in Europe. He has had success with major developments in places like Italy, Dubai and Malta (a development in Thailand is in the works). He first thought about setting up developments in Jamaica way back in 1980.

"I have always liked Jamaica. It was the first island that reminded me of Hawaii. Topographically, it's such a beautiful island."

But, his initial look at Ocho Rios at the time left him unsure about developing. It wasn't until 2002 that a colleague suggested he come back to the island to look at land beside the Ritz-Carlton. We know what happened next. But even now, he feels Jamaica can do better.

"Jamaica is only getting about 10 per cent of the tourists it should," he said. "There is no island in the Caribbean that has better airlift than Jamaica," he said, pointing to the number of flights to the United States .

Trotta has been constantly recognised for his work, including being the first inductee of the Resort Condominium International Hall of Fame, that only honours those who make big contributions to the European real estate industry. He is a founding member and first chairman of Canary Island Timeshare Resort Association, a precursor to the current Organisation of Timesharing in Europe. He is also a 30-year member of the American Real Estate Developers Association.

Being a shrewd businessman, he looks ahead to another local development, Celebration Jamaica, which will be at the Aqueduct, former home of the Jamaica Jazz and Blues Festival. He is estimating that Celebration (still a couple of years away from completion) will directly employ about 5,000 people. He speaks of Jamaica like home because, as of 16 months ago, he lives here.

"I used to tell people that I spend half of my time here and half in Italy, but I really spent like 10 months here a year," he laughed. Having a knack for knowing good spots for development, he also knows people and it was the Jamaican people that made up his mind.

"Jamaicans are the nicest people in the Caribbean, bar none," he said. "My wife and I decided that in three years of coming and going in Jamaica, we've made more friends than living in London for 16 years."

No wonder he loves it here.